To share your memory on the wall of Patricia Beauchemin, sign in using one of the following options:

Print
Our precious mother, age 91, died peacefully at home on March 15, 2021. She was born at home in Detroit, MI on October 30, 1929 to Roger Everett and Irene Elizabeth (DeMarce) Kilts.

Her parents are credited for passing down the value of ... Read More
Our precious mother, age 91, died peacefully at home on March 15, 2021. She was born at home in Detroit, MI on October 30, 1929 to Roger Everett and Irene Elizabeth (DeMarce) Kilts.

Her parents are credited for passing down the value of hard work, which Patricia learned early on tending to the family’s 5 acres, which included an orchard and chicken coop. She spent much of her growing up years hoeing the garden, collecting eggs from the chickens, and picking and selling apples and other produce.

High school was a memorable time of “Patsy’s” life. She was President and valedictorian of Fraser High School class of 1947, and she enjoyed cheerleading and her job at Schott’s Grocery both in high school and college. She was a graduate of Wayne State University, taking the streetcar to campus in Detroit. Later, she was President of the Women of Wayne alumni group.

At age 20, she met the future love of her life. When her car wouldn’t start after confession in the parking lot of Sacred Heart Church, a young man named Maurice helped her. Later that same night, he told his mom he had met an angel. Patricia and Maurice were married one and a half years later. Patricia reflected that “God chose us to be together at that time at that church.” For the first 58 years, they resided just across the field from her childhood home on Utica Road. She often, especially in later years, expressed how fortunate she was to have such a good man, and they enjoyed a happy and long 70 years together faithfully living out their vows.

In her primary role of wife, mother, and homemaker, Patricia was known to be a good cook, often using the produce of her and Dad’s bountiful garden in her meals. Patricia worked as a substitute teacher for Fraser Public Schools for 17 years. Her favorite hobby throughout the years was sewing, and all her kids, especially the girls, had homemade clothes for years. The grandkids also had clothes, blankets, stuffed animals, and other things sewn with love from Grandma.

Patricia valued her faith and was a faithful member of St Ronald Catholic Church. For many years, she took communion to the sick/homebound. She also often visited sick relatives and friends. For 3 years while she was raising five young children, she was a caregiver for her mother.

Patricia is survived by dear husband Maurice, her children—David (Karen) Beauchemin, Keith (Vicki) Beauchemin, Janice (Ryan) Rizzo, Diana (Patrick) Brunett;, as well as grandchildren—Faith (Erek), Heather, Jonathan, Courtney, Benjamin (Alexandra), Justine, Miranda, Calista; and great-granddaughter Sage. Family gatherings were so precious to Mom. She once described the perfect day as one spent with the entire family. She said, “My heart is so full when they’re around.” She will be greatly missed by us all.

Visitation will be held at Faulmann & Walsh Golden Rule Funeral Home, 32814 Utica Road, Fraser, Thursday from 5pm - 7pm, please remember social distancing guidelines. A Mass will be Celebrated for Patricia at St. Ronald Catholic Church of Clinton Township on Friday at 10:30am with Rev. Father William Herman officiating. Livestream is available at: https://m.youtube.com/channel/UC04fenw69xlY76ZNygLpcHg
Private Burial will take place at Resurrection Cemetery.
Memorial donations can be made to Abigayle Ministries.org The family welcomes memories at Faulmannwalsh.com
Read Less

To send flowers to the family or plant a tree in memory of Patricia Ann Beauchemin (Kilts), please visit our Heartfelt Sympathies Store.

Donations are being accepted for: ABIGAYLE MINISTRIES.

We encourage you to share your most beloved memories of Patricia here, so that the family and other loved ones can always see it. You can upload cherished photographs, or share your favorite stories, and can even comment on those shared by others.

Joe Incardona and From Everyone at Rubenstein Isaacs, P.C. sent flowers to the family of Patricia Ann Beauchemin (Kilts).
Show you care by sending flowers

5 trees were planted in the memory of Patricia Beauchemin

Posted Mar 17, 2021 at 01:33pm
Pat and Maurice were neighbors and friends of my parents for over 40 years. After my father died in 1994, they would visit my mother and bring her flowers. My mother loved to cook and often shared her good cooking with Pat and Maurice. They kept in touch even after they moved to their condo. We missed them as neighbors but continued to enjoy their friendship.
I wish I could send a Sanders bump cake up to Heaven for Pat to enjoy. She will be missed by everyone who were blessed to know her. God bless, Sandy Corrion
Comment Share
Share via:
JI

From Everyone at Rubenstein Isaacs, P.C.

From Everyone at Rubenstein Isaacs, P.C. purchased flowers for the family of Patricia Beauchemin. Send Flowers 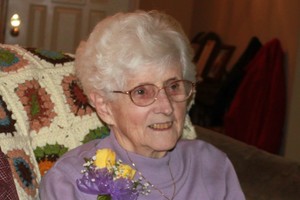 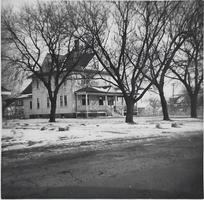