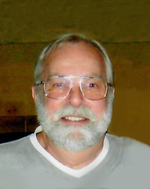 Nicholas Peter Lambert Jr., a longtime resident of Fraser, died peacefully surrounded by the love of family in his home on May 6, 2018 following a long illness. He was 80 years of age.

Nicholas was born in Detroit on March 13, 1938, a son of the late Nicholas and Ruth (Kriese) Lambert Sr.. He was united in marriage to his beloved wife, Janet on November 23, 1973 in Indian Village of Detroit. The couple have always lived in Fraser. Nick was retired from the Hercules Tool & Die as a CNC operator and his prior employment was with the Richard & Trute Co. of Warren. Nick was a former member of the Detroit Sportsman Club where he enjoyed Trap and Skeet Shooting. He loved the North country where he belonged and owned a cabin at the Canada Creek Ranch. He enjoyed the outdoors, Gods nature, snowmobiling and traveling. Nick was a true and loving family man who supported his children and grandchildren in their sport activities. He was a great talker, story teller, hardworking, perfectionist who could fix anything. A very dedicated,faithful and loving person, he will be deeply missed by the many he touched in his lifetime.

Visitation will be held at the Faulmann & Walsh Golden Rule Funeral Home, 32814 Utica Rd., Fraser, Thursday, May 10, 2018, from 2pm till 8pm and on Friday, May 11, 2018, from 10am till time of funeral service at 11am. Burial will follow in Cadillac Memorial Gardens East. Share memories and light a candle at www.faulmannwalsh.com

To send flowers to the family or plant a tree in memory of Nicholas Peter "Nick" Lambert Jr., please visit our Heartfelt Sympathies Store.