To share your memory on the wall of Maureen Getts, sign in using one of the following options:

Maureen was born in Mount Clemens, Michigan on February 24, 1943, daughter of the late Earl and Viola (Wolfe) Grawburg. She was united in marriage to her beloved husband, George D. Getts, on June 24, 1961 at St. John Lutheran Church of Fraser. The couple first resided in Warren until making their home in Fraser in 1972. Their union was blessed with three beautiful daughters of whom she loved and cherished. Maureen enjoyed tending to her garden and loved her flowers. She was good at everything she put her mind to; especially arts and crafts. Maureen’s fruits of labor continued with the love and caring for her grandchildren; they were the apple of her eye. She will always be known for her beautiful smile and her heart of gold. Maureen will be deeply missed and her light will continue to glow in our hearts forever.

Visitation will be held at Faulmann & Walsh Golden Rule Funeral Home, 32814 Utica Road, Fraser, Thursday 4pm – 8pm and Friday from 10am until the time of funeral at 11am. Share memories at www.faulmannwalsh.com
Read Less

To send flowers to the family or plant a tree in memory of Maureen Rose Getts (Grawburg), please visit our Heartfelt Sympathies Store.

We encourage you to share your most beloved memories of Maureen here, so that the family and other loved ones can always see it. You can upload cherished photographs, or share your favorite stories, and can even comment on those shared by others.

Leigh Paton, Love, John and Jan, and other have sent flowers to the family of Maureen Rose Getts (Grawburg).
Show you care by sending flowers

Posted Nov 03, 2020 at 09:17pm
Maureen was a fine Christian woman. I have fond memories of McKellar Reunions at the Watson Farm . Love Marjory Watson and Family

3 trees were planted in the memory of Maureen Getts

Posted Oct 29, 2020 at 03:22am
Wishing you peace to bring comfort, courage to face the days ahead and loving memories to forever hold in your hearts.

Posted Oct 28, 2020 at 07:22pm
Dear George and family,
We are so sorry for your loss. Maureen was a very special lady. She always thought of everyone else. We know she'll finds peace in her journey from the love you all showed her, and the rest of you will find peace from the love she gave you. We will always remember her with love.

From: Ron and Sue, Gary and Debi

From: Ron and Sue, Gary and Debi purchased flowers for the family of Maureen Getts. Send Flowers 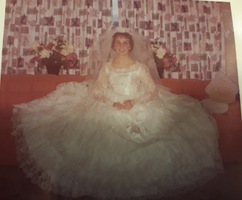 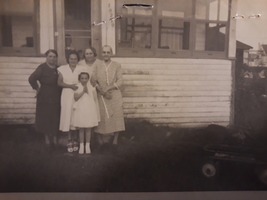 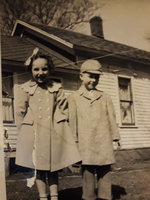 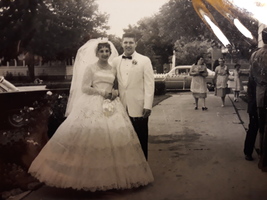