In Memory of
Richard Meddie
Barry
1926 - 2018
Click above to light a memorial candle. 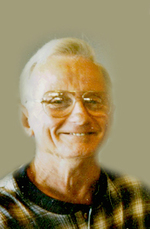 Richard M. Barry, a longtime resident of Warren, died peacefully in Wm. Beaumont Hospital in Troy. He was 91 years of age.

Richard was born in Detroit on December 15, 1926, a son of the late Glenn and Vera (Herppich) Barry. He was preceded in death by his first wife Betty in 1966. Richard was united in marriage to his wife, Anna Theresa Stark on November 14, 1970 at St. Luke Lutheran Church of Mt.Clemens. He had been employed for over 30 years by Michigan Consolidated Gas Company first as a meter reader and for many years as a Blue Print Manager. Richard loved to watch old movies, bowling and working in his yard which he was very proud of. He was a very outgoing, friendly and loving person, who will be deeply missed by the many he has touched in his lifetime.

Visitation will be held at the Faulmann & Walsh Golden Rule Funeral Home, 32814 Utica Rd., Fraser, Thursday from 4pm till time of funeral services at 7pm. Interment will take place in Overview Cemetery of Royal Oak on Friday at 10am. Share memories with the family and light a candle at www.faulmannwalsh.com

To send flowers to the family or plant a tree in memory of Richard Meddie Barry, please visit our Heartfelt Sympathies Store.