To share your memory on the wall of William Babcock, sign in using one of the following options:

Print
William Thomas Babcock, longtime resident of Roseville, died peacefully surrounded by the love of his family March 12, 2019. He was 89 years of age.

Bill was born on July 19, 1929 in Detroit, Michigan, son of the late Frank and Marie... Read More
William Thomas Babcock, longtime resident of Roseville, died peacefully surrounded by the love of his family March 12, 2019. He was 89 years of age.

Bill was born on July 19, 1929 in Detroit, Michigan, son of the late Frank and Marie (Wood) Babcock. He served our country honorably in the U.S. Army during the Korean War. Bill was united in marriage to his beloved wife, Shirley Jeanine Maxey, on November 7, 1955 in Angola, Indiana. The couple made their home in Roseville and they were blessed with three wonderful children of whom he loved and cherished. Bill worked for Dirksen Screw Company of Warren as the main inspector for many years. He loved our country and became very active in the Roseville and Fraser VFW and the Mt. Clemens American Legion. He was the Past Commander of the District VFW, Roseville VFW and of the Macomb County Ritual Team where he dedicated his time and was very supportive for so many years. Bill also enjoyed bowling and watching television. He will always be known for his outgoing personality, his loving and caring ways and his compassion for his fellow Conrads. Bill will be greatly missed and his light will continue to glow in our hearts forever.

Bill is the dedicated husband of the late Shirley; dearest father of Thomas, Clifford (the late Tamela) and Kelly (Dwight) Lavender; cherished grandfather of Craig, Clifford Jr., Brandon, Adam, Rachel and the late Angela; great grandfather of 14 beautiful great grandchildren; and dear brother of Rosemary DeBlare and the late Frances Spada and Joanne VanGampelaere. He is also survived by many loving nieces and nephews.

Visitation will be held on Sunday from 2pm - 8pm with a VFW Ritual at 7pm and Monday 10am until the time of service 11am with full military honors. Memorial contributions may be addressed to the Macomb Ritual Team. Share memories at www.faulmannwalsh.com
Read Less

To send flowers to the family or plant a tree in memory of William Thomas Babcock, please visit our Heartfelt Sympathies Store.

Posted Mar 14, 2019 at 02:21pm
We love you Uncle Bill, Nancy and Brittany Newfer, Danny and Colleen VanGampelaere, and Mike VanGampelaere

Flowers were purchased for the family of William Babcock. Send Flowers 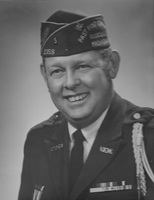