To share your memory on the wall of James Cannon, sign in using one of the following options:

Provide comfort for the family of James Cannon with a meaningful gesture of sympathy.

Print
James Grant Cannon, a long time resident of Warren, was received into the loving arms of Jesus and his beloved wife Erma on Thursday in McLaren Hospital of Port Huron, surrounded by the love of his family. He was 82 years of age.

Jim wa... Read More
James Grant Cannon, a long time resident of Warren, was received into the loving arms of Jesus and his beloved wife Erma on Thursday in McLaren Hospital of Port Huron, surrounded by the love of his family. He was 82 years of age.

Jim was born in Harrison Township, Ohio, a son of the late Gerald and Helen (Ross) Cannon. He Attended elementary and High School in Napoleon, Ohio and also attended Toledo University. Jim was united in marriage to his beloved wife, Erma Elling on June 24, 1961 in Napoleon Emanuel Lutheran Church. The couple made their home in Liberty Center, Ohio until moving to Warren, MI in 1964. Jim had worked for Ryerson Steel company for many years and then for Scion Steel Company in sales until retirement at the age of 62. He couldn't sit still and went back to work when an accident occurred, rendering him unable to work. Jim loved to tinker and was a Mr. Gadget and Mr. Lawn Mower to neighbors. He enjoyed woodworking and fixing and lending a helping hand to others. He was a auto enthusiast who loved fast and classic cars. He belonged to car clubs when he was young. Jim was dedicated to his church, a Tiger Fan and loved his time with his grandchildren, He was known for his Budweiser fishing hat that every one got a kick out of it. Jim was a hard working, kind, giving man who was a good listener. He will be deeply missed by all who knew and loved him.

Jim is survived by his loving daughter, Gwendolyn (Bogdan) Bresinski; 9 grandchildren, and 3 great grandchildren; his sister, Kay (Robert) Kubica and brother Gregg (Jan) Cannon. He was preceded in death by his beloved Erma, son Steve James Cannon and sisters Sandra and Carol.

Visitation will be held at the Faulmann & Walsh Golden Rule Funeral Home, 32814 Utica Rd., Fraser, Tuesday from 2pm till 8pm and at St.John Lutheran Church from 10:30am till time of funeral at 11am. A private burial will be held in Highland Memory Gardens, Waterville, Ohio. Memorials in his honor to St. John Lutheran Church Branching Out, appreciated. Share memories with the family at faulmannwalsh.com
Read Less

To send flowers to the family or plant a tree in memory of James Grant Cannon, please visit our Heartfelt Sympathies Store.

We encourage you to share your most beloved memories of James here, so that the family and other loved ones can always see it. You can upload cherished photographs, or share your favorite stories, and can even comment on those shared by others.

Julie and Casey Naas sent flowers to the family of James Grant Cannon.
Show you care by sending flowers

Posted Apr 22, 2019 at 07:53pm
What an amazing man. Despite his accident he was positive and happy. Should be an inspiration to us all.
Comment Share
Share via:
JN

Flowers were purchased for the family of James Cannon. Send Flowers 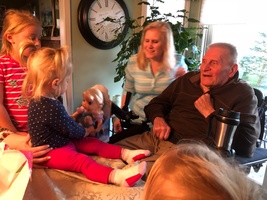 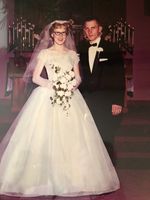 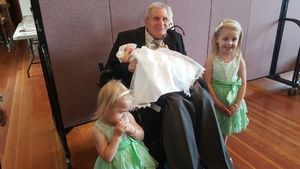