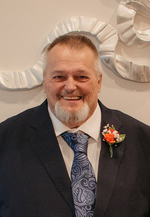 Timothy Joseph Bleser, a long time resident of Eastpointe, died suddenly doing what he loved in his garden at the age of 81 years.

Timothy was born in Detroit on June 30, 1937, a son of the late Joseph and Edith (Tapin) Bleser. Tim served his country during the Vietnam War in the U.S. Air Force Reserve. He was united in marriage to his beloved wife Barbara Weidenbach on February 12, 1966 in St. Isaac Jogues Church of St. Clair Shores. The couple made their home in East Detroit (Eastpointe) and have always lived there. Tim was employed in his early years with the Pepsi Company and later was employed and owned with his father the Michigan Capsule Company. He finally worked for the Home Depot Garden Department as a certified master gardener, retiring at the age of 73. Tim enjoyed his passion of gardening, camping, woodworking, and watching the freighters on the St. Clair River. He loved building and fixing things, his tool shop, and always had the desire to own a sail boat. He was a hard working and enjoyable person who will be deeply missed by all who knew and loved him.