To share your memory on the wall of Edmund Adamczyk, sign in using one of the following options:

Edmund was born in Detroit, Michigan on March 22, 1931, son of the late Teofil and Jodwiga (Stachowiak) Adamczyk. He served our country honorably in the U.S. Marine Corp during the Korean War. He was united in marriage to his beloved wife, Patricia Barker, on December 31, 1964 in Hamtramck, Michigan. The couple made their home in Fraser in 1970. Loving the city of Fraser, Edmund was the former Mayor of Fraser for one term as well as councilman for eight years and Mayor ProTem for many years. Ed was also president of Our Lady Queen of all Saints Men's Club for over 16 years.He was very active in the restoration of the the old St. John Cemetery located behind the Fraser Library and all the affairs of the City. Ed made a successful career as an Executive of the Fruehauf Trailer Company of Detroit . He was a member of the Mt. Clemens American Legion, the Polish Legion American Veterans and the Fraser VFW. Ed will be deeply missed and now is united with Patricia in Heaven above.

Visitation will be held at Faulmann & Walsh Golden Rule Funeral Home, 32814 Utica Road, Fraser, Friday from 2pm until the time of funeral at 7pm with full military honors. The burial will take place in Great Lakes National Cemetery of Holly, Michigan on Wednesday at 12:30pm. Share memories at www.faulmannwalsh.com
Read Less

To send flowers to the family or plant a tree in memory of Edmund Teofil Adamczyk, please visit our Heartfelt Sympathies Store.

We encourage you to share your most beloved memories of Edmund here, so that the family and other loved ones can always see it. You can upload cherished photographs, or share your favorite stories, and can even comment on those shared by others.

From, David, Gail, and Evan Chevela sent flowers to the family of Edmund Teofil Adamczyk.
Show you care by sending flowers

From, David, Gail, and Evan Chevela

From, David, Gail, and Evan Chevela purchased flowers for the family of Edmund Adamczyk. Send Flowers 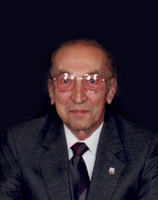 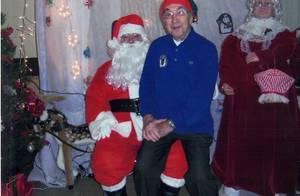