To share your memory on the wall of William Stonehouse, sign in using one of the following options:

Print
William Benjamin Stonehouse, a long time resident of Roseville, was received into the loving arms of Jesus on Sunday, August 11, 2019 under the care of Hospice and surrounded by the love of his family. He was 86 years of age.

William was... Read More
William Benjamin Stonehouse, a long time resident of Roseville, was received into the loving arms of Jesus on Sunday, August 11, 2019 under the care of Hospice and surrounded by the love of his family. He was 86 years of age.

William was born in Detroit on July 24, 1933, a son of the late William F. and Julia (Edge) Stonehouse. He served his country honorably during the Korean War as a medic. Bill was united in marriage to his loving wife, Patricia McDaniel in Detroit on March 20, 1965. The couple first made their home in Roseville years ago. He worked for years for the J.L.Hudson company as a Carpenter in Display Manufacturing Department and later for the Warren Consolidated School System as a Security Officer, retiring at the age of 65. He was a former member of the Fraternal order of Elks and a member of the American Legion Post 4. Bill enjoyed traveling, was an active walker and avid reader of history and never Genealogy. Bill was quite a story teller, jokester, and loved animals. Bill loved his family, friends and neighbors. He will always be rememberd for his generous ways, simple ways and will be deeply missed by all who knew and loved him.

William is survived by his loving wife, Patricia; his loving children, William F .(Catherine), Frank
D., and Christian (Nancy); his adoring grandchildren, William, Sarah, Gabriela, Natalie and many loving nieces and nephews. He was preceded in in death by his parents and his sisters, Florence, Mildred, Roberta "Bobby."

Visitation will be Tuesday, August 13, 2019 from 3pm till 8pm and Wednesday, August 14, 2019 from 10am till time of service at 11am. Burial will take place at Great Lakes National Cemetery on Thursday, August 15, 2019 at 9:30am.
Memorial contributions to Leader Dogs in his honor appreciated. Share memories with the family at faulmannwalsh.com
Read Less

To send flowers to the family or plant a tree in memory of William Benjamin Stonehouse, please visit our Heartfelt Sympathies Store.

the meatte family, Bobbie Boughner, Judy Paterson, Susan Dyer and the, and other have sent flowers to the family of William Benjamin Stonehouse.
Show you care by sending flowers

Posted Aug 13, 2019 at 08:57am
to our friend and neighbor who will be dearly missed in our home community he worked so hard to grow . our sincere condolences to the stonehouses

the meatte family purchased flowers for the family of William Stonehouse. Send Flowers

Posted Aug 13, 2019 at 08:26am
Wishing you peace to bring comfort, courage to face the days ahead and loving memories to forever hold in your hearts.

Posted Aug 13, 2019 at 07:30am
Please accept our most heartfelt sympathies for your loss... Our thoughts and prayers are with you and your family during this difficult time.

Flowers were purchased for the family of William Stonehouse. Send Flowers

Sugar and Family, Benny and Joyce

Posted Aug 12, 2019 at 08:42pm
Dear Cousin Pat, please know that we share your sorrow and send you our love always

Sugar and Family, Benny and Joyce purchased flowers for the family of William Stonehouse. Send Flowers 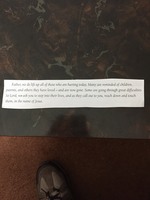 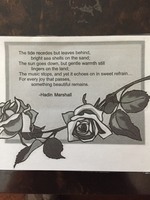 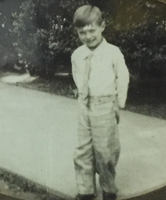 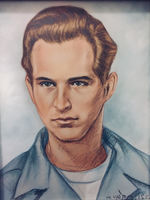