To share your memory on the wall of Richard Anderson, sign in using one of the following options:

Print
Richard "Bill" William Anderson, a 45 year resident of Clinton Twp. died peacefully in his home at the age of 77 years.

Bill was born in Highland Park on January 31, 1942, a son of the late George and Mary (Wisner) Anderson. He was unite... Read More
Richard "Bill" William Anderson, a 45 year resident of Clinton Twp. died peacefully in his home at the age of 77 years.

Bill was born in Highland Park on January 31, 1942, a son of the late George and Mary (Wisner) Anderson. He was united in marriage to his beloved wife Shirley Rodgers on September 3, 1966 in Detroit. The couple made their first home in Hazel Park moving to Clinton Twp. over 45 years ago. Bill had worked for many years for the Unemployment Agency of the State of Michigan, retiring in 1992 for medical reasons. Bill was an avid sports fan, playing baseball and basketball in his younger years. He also loved 50's music especially Elvis, and classic cars. His family was his first love and happiness. He will be deeply missed by all who knew and loved him.

A memorial service and life celebration will be held at a later date. Memorial contributions to the families wishes appreciated in leu of flowers appreciated. Share memories with the family at www.faulmannwalsh.com.
Read Less

To send flowers to the family or plant a tree in memory of Richard William "Bill" Anderson, please visit our Heartfelt Sympathies Store.

There are no events scheduled. You can still show your support by sending flowers directly to the family, or planting a memorial tree in memory of Richard William "Bill" Anderson.
Visit the Heartfelt Sympathies Store 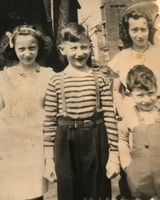 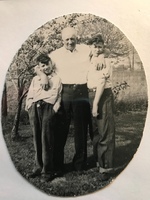 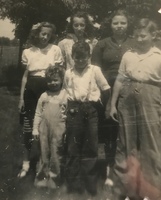