To share your memory on the wall of William Addis, sign in using one of the following options:

Bill was born in Carbondale, Pennsylvania on February 10, 1926, son of the late Clifford and Elise (Walby) Addis. He has always been an avid athlete, beginning with playing Federation and Recreation baseball from 10 years of age through 30 years. He enlisted in the Navy and served our country during WWII in the Pacific from 1943 to 1946. He was married to his beloved Jewell, the love of his life, for 58 years. They had three children, four grandchildren and five great grandchildren of whom he loved and cherished.

Bill's career included working 36 years for the U.S. Army Tank Arsenal as a Quality Controller. It began of January 3, 1949 and he retired in January 1983. In December of 1982, he worked on the Bradley Fighting Vehicles and received several awards. In the early 1990s, he was called back for 14 months during Desert Storm. He traveled throughout the world inspecting Army tanks.

Gramps played semi-professional football with the Windsor Rockets and then the Dearborn All-Stars. His hockey career began in 1962 with the Crusaders, an outdoor hockey team. He continued to coach hockey in St. Clair Shores to help with his grandchildren and great-grandchildren's teams. Hockey is in his blood and you can't keep a hockey fan away! He coached with his grandson, David and ran the penalty box for his great-grandson, Will. Gramps was a devoted grandfather who never once missed a game or a recital.

Bill loved the game of golf and was out golfing until the age of 91. He struck a Hole-in-One at the age of 89. Gramps liked to golf at least 3 times a week and would on average put in a over 75 rounds of golf each year. Also, when he was in his 80's, Bill had a paper route where he deliverer newspapers to all his friends.

Bill lived a very productive, happy life and enjoyed spending time with his family. He was always there when you needed him and always had the best advise to give. Gramps will be deeply missed and will continue to glow in our hearts forever.

To send flowers to the family or plant a tree in memory of William C. Addis, please visit our Heartfelt Sympathies Store.

Love, The Allen Family and The Mallory Family sent flowers to the family of William C. Addis.
Show you care by sending flowers

Posted Nov 01, 2019 at 03:21pm
I really enjoyed golfing with Bill and his son Glenn. Glenn and I were co-workers at the newspaper, and Bill often joined us for a round of golf. Even though Bill was a good bit older than me, he always gave me a "run for my money". Bill was very good natured, competitive, fun loving, and quite proud of his service in the Navy. He lived a good and long life. I have some really fond memories of Bill at the golf course with us. He will be sorely missed by all.
Our condolences to the Addis family.
Ralph & Barbara Dixon

Posted Oct 31, 2019 at 09:09pm
My late father, Lucky Fiorani (also a WWII veteran), and "Bill" Addis were friends from the early days that they both started working at TACOM (the Detroit Arsenal) and throughout their careers. They shared athletic prowess and played together on the championship "Experimental" softball team at TACOM. As a youngster, I watched some of their games. I believe Mr. Addis played 3rd Base.
My dad played golf in the TACOM Monday golf league at Maple Lane for over 50 years. With Mr. Addis' love of golf, I expect that he probably played in that league too. It was a quite popular league at TACOM for employees and retirees.
Condolences and prayers for the Addis family for blessing and comfort during this difficult time.
Sincerely,
Bill Fiorani
Comment Share
Share via:
LF

Love, The Allen Family and The Mallory Family

Love, The Allen Family and The Mallory Family purchased the Blooming Garden Basket for the family of William Addis. Send Flowers 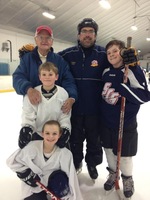 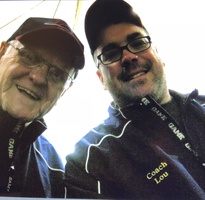 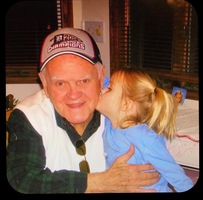