To share your memory on the wall of Donald Elzerman, sign in using one of the following options:

Print
Donald Charles Elzerman Sr., longtime resident of Roseville, died peacefully November 3, 2019 surrounded by the love of his family. He was 84 years of age.

Don was born in Fraser, Michigan on October 24, 1935, son of the late Earl and ... Read More
Donald Charles Elzerman Sr., longtime resident of Roseville, died peacefully November 3, 2019 surrounded by the love of his family. He was 84 years of age.

Don was born in Fraser, Michigan on October 24, 1935, son of the late Earl and Lillian (Puls) Elzerman. He was a 1953 Fraser High School graduate. Don was united in marriage to his beloved wife, Joann Marie Brichetto, on June 30, 1956. Their union was blessed with three wonderful sons, Donald, Paul and Kenneth of whom he loved and cherished. Don retired as the accountant and controller from Hilton Hotels in 1990 after 37 years of dedicated service. He loved to tend to his garden and was known for his beautiful flowers and his amazing tomatoes. He also loved to go to his vacation home with his wife and family on Leisure Lake. Don enjoyed staying informed with the current events and was a true Detroit sports fan. He was always happy and never met a stranger. "Whats Cookin'?" He would commonly ask with care and a genuine smile. Above all, he was a family man who his grandchildren and great grandchildren became the apple of his eye. Don and Joann tried to make every grandchild's game or recital and treasured every moment in their company. Don will be greatly missed and his light will continue to glow in our hearts forever.

Visitation will be held at Faulmann & Walsh Golden Rule Funeral Home, 32814 Utica Road, Fraser, on Thursday from 2pm - 8pm and Friday from 10am until the time of funeral at 11am. Share memories at www.faulmannwalsh.com
Read Less

To send flowers to the family or plant a tree in memory of Donald Charles Elzerman Sr., please visit our Heartfelt Sympathies Store.

We encourage you to share your most beloved memories of Donald here, so that the family and other loved ones can always see it. You can upload cherished photographs, or share your favorite stories, and can even comment on those shared by others.

Brent, Nicki and the entire Crew of Eagle Manufact, Mo Lacca, and other have sent flowers to the family of Donald Charles Elzerman Sr.
Show you care by sending flowers

Posted Apr 12, 2020 at 08:52pm
I just learned today of Mr. Elzerman’s passing. I worked for him for 10 years at Hilton Hotels. He was the best boss and taught me everything I know about accounting. I have thought of him often over the past years. My condolences to his family.
Comment Share
Share via:
WH

Posted Nov 07, 2019 at 09:38am
The girls will never forget their wonderful Great-Grandpa Elzerman.

Brent, Nicki and the entire Crew of Eagle Manufact

Posted Nov 07, 2019 at 04:26am
Our thoughts are with you and your family during this difficult time. Please accept our most heartfelt sympathies for your loss.

Brent, Nicki and the entire Crew of Eagle Manufact purchased the Tender Tribute for the family of Donald Elzerman. Send Flowers

Posted Nov 06, 2019 at 09:10am
Please accept our most heartfelt sympathies for your loss... Our thoughts are with you and your family during this difficult time. ALTA Service Team 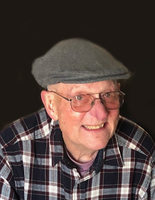 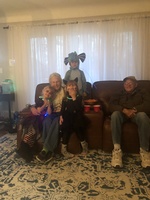 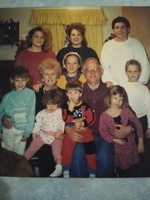