To share your memory on the wall of John Vitale, sign in using one of the following options:

John was diagnosed with Olivopontocerebellar Atrophy (OPCA). This is a progressive, rare brain disease characterized by degeneration of nerve cells in certain parts of the brain. The first symptoms John experienced in 2010 were problems with balance and coordination. In 2016, he fell at home and was hospitalized for three weeks due to a brain injury. He attended rehabilitation therapy for several weeks after this fall, and we determined his walking ability was safest with a walker or using a wheelchair when leaving home.

During the last few years, Carol and John’s life began to change. They moved to a ranch for his safety, brought home Madi, a beautiful German Shepherd service dog to assist him and arrangements were made for John to have care during the day.
On Oct. 24, 2019 John fell at home and hit his head once again. He was in ICU for 11 Days. This time, he never regained consciousness. After several CT scans and two MRI's, they discovered he had a stroke. This fall also reactivated his brain injury from 2016. It was this information and the diagnosis of OPCA that the family made the difficult decision to transfer John into hospice. The amazing efforts of the entire staff at Henry Ford Macomb including the neurosurgeon, Dr. Lynn Mubita, to bring John back to us will not soon be forgotten.

There was no one like John Vitale. He was truly “one of a kind.” He was disciplined in nutrition and fitness. He served our country honorably in the U.S. Army during the Vietnam War. John was also a master barber for 15 years, a certified scuba diver who dove all over the world, and a black belt and instructor of Taekwondo. Locally John was a member and past president of the Clinton Twp. Kiwanis, a reserve deputy for the Macomb County Sheriff’s Office Motor Unit, and a member of Roseville Masonic Lodge #522 32 Degree Detroit Scottish Rite. He participated in many bicycle races and rode his white motorcycle with the Detroit Moslem Shrine Motor Corps.

John was a real estate broker for RE/MAX First for 36 years, earning Lifetime Achievement award from RE/MAX and consistently earned the 100% or Chairman awards during his career.

Most importantly, John was a Christian and will now be riding on the streets of gold for eternity. He was “the finest man” that will leave a hole in our hearts. Let’s celebrate his life. We ask that you tell us how he inspired your life or how he made you laugh.

“I have fought the good fight, I have finished the race, I have kept the faith. Now there is in store for me the crown of righteousness, which the Lord the righteous judge will award to me on that day.” 2 Timothy 4:7-8

Visitation will be held at Faulmann and Walsh Golden Rule Funeral Home, Sunday from 1pm - 8pm and Monday 10am until the time of funeral at 11am. In lieu of flowers, memorial contributions may be address to the Children's Miracle Network or the Shriners. Share memories at www.faulmannwalsh.com
Read Less

To send flowers to the family or plant a tree in memory of John Thomas Vitale, please visit our Heartfelt Sympathies Store.

Daryl Ayers, Joanie Downing, and other have sent flowers to the family of John Thomas Vitale.
Show you care by sending flowers

Posted Dec 19, 2019 at 08:00pm
We are heartbroken on the lost of a good great man..We found about your lost today Carol and are absolutely devastated we were not there with you in your grief. John and yourself spent many hours and days to find my family our first home .We will remember John in our prayers and thoughts always. God Bless. Vince and Josephine Sancimino Family
Comment Share
Share via:
DA

Posted Nov 17, 2019 at 08:42am
Sorry to hear about John. My Dad and his Mom were cousins and as kids we saw each other a lot . When I got married he stood up to my wedding. Have not seen him in a long.
Stella Iraci Marabate
Comment Share
Share via:
PD

Posted Nov 16, 2019 at 06:27pm
Gonna miss you riding along side me , you were the best papa to my kids and best father in law anyone could have love you!
Comment Share
Share via:
HS

Posted Nov 16, 2019 at 10:08am
Flowers for you "Baby" in memory of John and all the joy he brought to our lives. With heartfelt condolences.

Flowers were purchased and a memorial tree planted for the family of John Vitale. Send Flowers 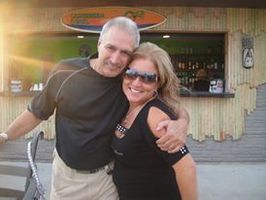 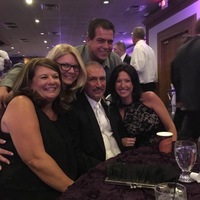 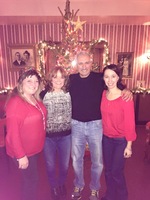