To share your memory on the wall of Robert Knapchuck, sign in using one of the following options:

Print
Robert Knapchuck, a longtime Macomb County resident, died of natural causes in his Warren home on Wednesday, November 27, 2019. He was born in Detroit, MI on December 6, 1962, son of the late Edward and Carol Knapchuck.

Rob was a caring... Read More
Robert Knapchuck, a longtime Macomb County resident, died of natural causes in his Warren home on Wednesday, November 27, 2019. He was born in Detroit, MI on December 6, 1962, son of the late Edward and Carol Knapchuck.

Rob was a caring and generous man who was known by many names. He was usually referred to as Rob, but he was dad to Alexis (Justin) and Shaun, and Papa to Stephen and Malakai. His loving wife Brenda (Szymanski) often called him The Animal Whisperer because of his love for animals. He was second dad to Dawn, Michael and David, brother to Ed and Jimmy, uncle Rob to several nieces and nephews, brother-in-law and friend. He was preceded in death by his former wife Monica (McCabe).

To those who really knew him, Rob also had the nickname RobGyver, since he could truly fix just about anything that needed fixed. If he didn’t have a part he needed, he would somehow improvise and whatever it was he was working on would work. While appliance repair was his main profession, he could still fix just about anything. Many who worked with him have talked of his loyalty, humor and friendship. Rob worked long and hard, but that didn’t stop him from being just a phone call away anytime anyone needed a hand.

Being a kid at heart, Rob loved to have fun and do silly stuff and was a bit of a prankster! He was always laughing and his contagious laugh made everyone else laugh with him. He was loved by all who knew him. Robs life made a profound impact on so many, and his love for his family and friends, and the memories we have shared, will live on in our hearts forever.
Read Less

To send flowers to the family or plant a tree in memory of Robert John "Rob" Knapchuck, please visit our Heartfelt Sympathies Store.

Posted Dec 02, 2019 at 05:47pm
He will be missed. He was always there to help me with anything that need fixing. Most of all I will miss his hilarious Facebook posts.
Comment Share
Share via:
G

Posted Dec 02, 2019 at 04:34pm
Brother Rob, I’m so glad we talked a few weeks ago; you were happy and working on getting better. I told you to take of yourself, and you said “I have to Gene, I’ve got kids and grandkids to be here for”. We have decades of great memories, laughing, drinking, and loving life. And now my dear brother Rob.. I have to say, I Love you, and I will see you again, on the other side of the stars✨. Your sister always, Gina 💫
Comment Share
Share via: 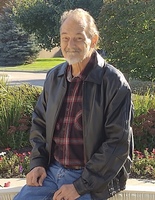 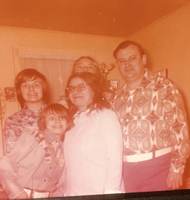 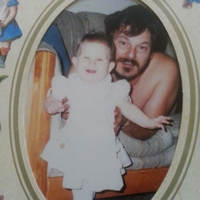 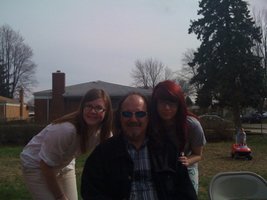