To share your memory on the wall of Stefania Kozera, sign in using one of the following options:

Stefania was preceded in death by her parents Stefan and Apolonia (Mielnik) Flis.

Stefania was the consummate wife, mother and homemaker. Her skill as a home-cook, seamstress and family manager was self-made in every sense of the word. Her willingness and ability to beautifully comingle European and American cultures in her house made for a rich and fulfilling life and upbringing for her husband and family.

Born on February 4th,1932, in Horpin, Poland, Stefania lived in a modest turn of the century farming village prior to World War II. Early in life her family was absorbed, by force, into the German labor system during World War II. Stefania persevered as a youth, surviving several dangerous situations with her family. At one point in her formative years, she was separated from her parents and forced to live in a German orphanage. As events could often turn on a dime during those days, one chain of events had Stefania and her parents “adopted” by a kind family of German aristocracy. This gave Stefania a more nurturing environment to grow that included attending German schools during war-time and receiving several years of quality primary education courtesy of her adopted family.

After reaching her teens, Stefania made an objective of migrating to the United States with her mother and father. After several years of effort, following World War II, she negotiated a migration agreement with the German government, in her late teens, that would allow her and her parents safe passage to the United States. Unfortunately, between approval and the time of departure, her mother Apolonia passed away. Grieving but undeterred, she packed up her belongings, her father Stefan, and boarded a ship to America.

It was in America in 1951, while working as a seamstress at Hudson’s downtown, she first met her future husband Mitchell. “Stefcia” and her beloved “Mietek” courted and eventually married in 1954. Together they raised a successful loving family with beautiful children, grandchildren and even a great-granddaughter.

Stefania was a happy mother, wife and friend who, with husband Mitchell, would always open her home to those she loved and cared about with a bold smile and warm hospitality. She was the kindest of people and will be missed greatly by everyone she touched.

A memorial gathering will be held at Faulmann and Walsh Funeral home 32814 Utica Rd, Fraser, Saturday January 18, 2020, from 3pm till time of memorial service at 7pm. In lieu of flowers, donations can be sent to the charity of choice in Stefania’s name. The family would like to express great gratitude to the care givers at My Doctor’s Inn Assisted Living, Macomb Physician’s Group and Grace Hospice for their invaluable support during her later years and last days.
Read Less

We encourage you to share your most beloved memories of Stefania here, so that the family and other loved ones can always see it. You can upload cherished photographs, or share your favorite stories, and can even comment on those shared by others.

Blooming Garden Basket was purchased for the family of Stefania Kozera.

Posted Jan 15, 2020 at 09:25am
TO my co-workers Mitch, Mark and Martha, I am sorry for your loss. I know you will never forget, and hopeful time will be kind. Thanks for sharing a portion of your Mother's life via the beautiful passage.

Posted Jan 11, 2020 at 05:21pm
Our thoughts and prayers are with Mitch, Mark and the Kozera family. From the Burr family, Amie, Rick, Aidan, Avonlea

Flowers were purchased for the family of Stefania Kozera.

Love Kurt and Linda purchased flowers for the family of Stefania Kozera.

Posted Jan 11, 2020 at 04:26pm
Wishing you peace to bring comfort, courage to face the days ahead and loving memories to forever hold in your hearts.

Mark, Jeanenne, Alexa, Adam, and Connie purchased the Your Light Shines for the family of Stefania Kozera. 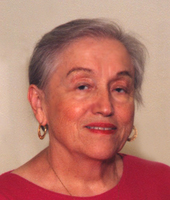 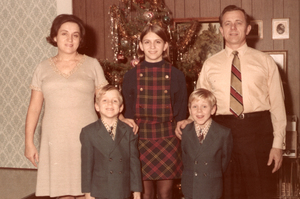 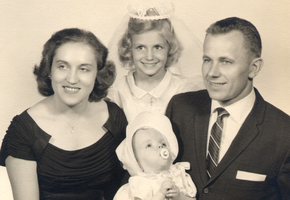 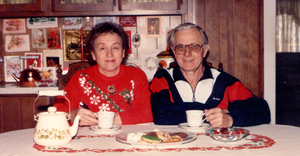