To share your memory on the wall of Rev. Steven James Essenburg, sign in using one of the following options:

Provide comfort for the family by sending flowers or planting a tree in memory of Rev. Steven James Essenburg

Pastor Steve was born on March 21, 1952 in Holland, Michigan, son of the late Erwin and Betty (DeVries) Essenburg. He was united to his beloved wife, Anita, on June 12, 1973. Their union was blessed with two wonderful sons, John and Eric, whom he loved and cherished. Steve worked as a salesman for W. H. Porter in Holland, Michigan before volunteering for the Army where he served for eight years achieving the rank of Captain. During his stint as an Armor officer, he was honored to be part of the first joint training exercises with the Japanese since WWII, in Hokaido, Japan. After leaving the military, he entered the automotive industry in Michigan as an Account Manager for United Technologies, PTG, and Dayco for nearly 20 years. At this time, he spent his free time serving his community, expanding his love to others in so many ways. He was one of the pioneers of the Macomb County Rotating Emergency Shelter Team, serving as its first President for several years. He conducted Sunday morning Bible Study at Trinity Lutheran Church, Clinton Twp. for many years where he also served as Director of the Board of Elders and was very involved in the church community.

He established Lutheran City Ministries and served as Executive Director from 1996-2000. Following a lifetime passion, Pastor Steve graduated from Concordia Theological Seminary and became an ordained Missouri Lutheran Minister, in 2000. He served as a Pastor at Nazareth Lutheran Church and Charity Lutheran Church, Detroit. Recently, he served as Missionary at Large for the City of Detroit for the Michigan District Lutheran Church Missouri Synod based out of Charity Lutheran Church. He worked with the city of Detroit on the Mayor’s Crime Council, working with neighborhood groups, and the police department, to improve the safety of the community. He served as Executive Director of Charity, Inc, established for the purpose of purchasing homes in the neighborhood around Charity, rehabilitating the houses, and providing affordable homes for families. In recent years, he served on the board of Habitat for Humanity.

Pastor Steve had a heart of gold and it was through his faith in our Lord Savior, Jesus Christ who gave him the courage and the excitement of commitment in helping others. He loved his family, adored his grandchildren and treasured every moment shared in their company. He was a very intelligent man who loved reading a book a day!

Although we grieve his passing, we know that Steve has left us for a better life free from all pain and care and has won victory with his Lord and Savior. We are all eternally thankful for our Reverend Steven James Essenburg who taught us to be more loving and genuine people by the life he led. His light will continue to shine in the hearts of those whom he has left behind.

Visitation will be held at Faulmann & Walsh Golden Rule Funeral Home, 32814 Utica Road, Fraser, Thursday, January 30, 2020 from 1pm - 8pm. A funeral will be held at Trinity Lutheran Church of Clinton Township on Friday at 11am with additional visitation starting at 10am. In lieu of flowers, memorial contributions may be addressed to the Charity INC or Macomb County Habitat for Humanity, 34950 Little Mack Ave, Clinton Twp, MI 48035, will be greatly appreciated.
Read Less

Donations are being accepted for:
CHARITY INC HABITAT FOR HUMANITY DETROIT

We encourage you to share your most beloved memories of Rev. Steven James Essenburg here, so that the family and other loved ones can always see it. You can upload cherished photographs, or share your favorite stories, and can even comment on those shared by others.

Posted Jan 31, 2020 at 12:26am
A true servant of Jesus. Remember that after hearing his plea for getting Family of God out of the bakery into a larger building I pledged. Although that building fell through, God had another building in mind. Pastor Steve was all about being the hands and feet of Jesus and growing God's kingdom.
Comment Share
Share via:
RF

Posted Jan 29, 2020 at 05:38am
The entire Essenberg family--especially Anita-- and the ministry of Charity are in my prayers and, Im sure, the prayers of all the pastors, staff and congregations of the Michigan District-LCMS. Pastor Steve was a missional servant of Christ, totally dedicated to passionately sharing the Gospel of Jesus Christ by reaching out and helping others with the love of Jesus. His ministries in Detroit are a special great work. Through these ministries, brother Steve has helped many people. Brother Steve will be sorely missed by all who knew and worked with him.
May God send His Holy Spirit to comfort Anita, the family, and all who mourn.
Pastor Tom Fischer
GoodLife Church-Gethsemane Campus-LCMS, Rochester Hills
Comment Share
Share via:
L

Posted Jan 29, 2020 at 03:12am
You will be missed from joining my daughter Athena Revel in marriage in the year 2012 from also supporting the Head Start program at Charity Church May you RIP while we pray for the family to remember all the great things you have done with the Explorers program with the Detroit police department
Comment Share
Share via:

Posted Jan 28, 2020 at 07:04pm
My name is Darius Young. I went to Nazareth as a child and I'll always remember him taking time out of his sermon to talk to just the kids. Even when it was just my brother and I at the church who were children. In view of the congregation he would distill his wisdom upon us. Afterwards he'd have us return to our seats. I loved Pastor Steve and enjoyed listening to him preach. I'll miss him dearly. 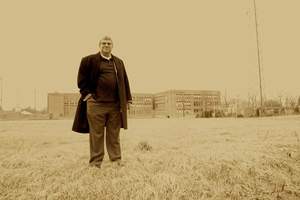 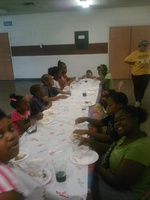 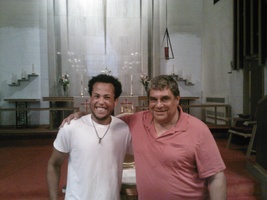