To share your memory on the wall of Horst Menzel, sign in using one of the following options:

Print
Horst Dieter Menzel, resident of Shelby Township, died peacefully surrounded by the love of his family. He was 81 years of age.

Horst was born on January 28, 1939 in Kupferberg, Germany to Paul and Waltraud (nee Doering) Menzel. He serve... Read More
Horst Dieter Menzel, resident of Shelby Township, died peacefully surrounded by the love of his family. He was 81 years of age.

Horst was born on January 28, 1939 in Kupferberg, Germany to Paul and Waltraud (nee Doering) Menzel. He served as a Merchant Marine for 10 years for Germany and was the Master Mechanic on the ship. When he came over to the United States in the 1970's, he put his hands to work and was an Auto Mechanic for Ehrhardt Motor Company for many years. Horst became the owner and operator of Shelby Foreign Car Service until he retired. He loved traveling around the world. Horst enjoyed taking his afternoon strolls in the park and was always amazed by nature and it's beauty. He also enjoyed table tennis and down-hill skiing. Horst will be deeply missed and his light will continue to glow in our hearts forever.

A memorial gathering will be held on Saturday, February 1, 2020 from 5pm - 8pm with a memorial service at 8pm at Faulmann & Walsh Golden Rule Funeral Home, 32814 Utica Road, Fraser, Michigan 48026. Internment will take place at Guardian Angel Cemetery in Rochester at a later date.

We encourage you to share your most beloved memories of Horst here, so that the family and other loved ones can always see it. You can upload cherished photographs, or share your favorite stories, and can even comment on those shared by others.

Plant a Tree in Memory of Horst
Plant a tree 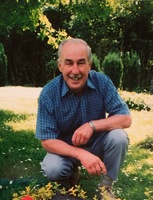 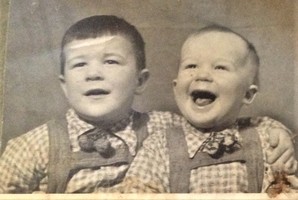 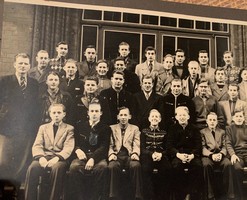