To share your memory on the wall of Richard Ruff, sign in using one of the following options:

Richard’s love for the Lord grew when he and his baby sister, Marylyn were sent to Luthern school in Detroit for their middle school days. They would attend classes together and would talk about Jesus and all He did for us. Their bond grew a great deal during these pivotal years and continued as they became adults. Sharing their favorite bible verses, attending choral singing together and praying for their families together.

From a young age, Richard was very interested in photography. When he was about 10 years old his Aunt Lydia Ruff gave him a Box Brownie camera. His true love of photography started at this point. Richard learned everything he could about not only taking pictures, but also the science behind them. While in high school, Richard’s love for chemistry and photography was taken to the next level where he learned how to develop his film and worked on building his portfolio. By this point he knew more than his teachers about photography and began teaching his teachers all he knew so they could teach more effectively the other students. Richard would go on to submit seventeen photos for a national scholarship where he won the number one portfolio for all high schoolers in the United States with a picture of a younger cousin. His school year was very busy and filled with his studies and photography. In his senior year of high school, Richard worked for Acme Pictures as a telephoto operator, in which he received and transmitted photos from all over the United States via a machine. Also, in this time working with Acme, Richard covered about 25 of the home baseball games of the Detroit TIgers. He was at Briggs Stadium with his camera in hand to help greet "Hammerin' Hank" Greenberg back from the Army. During his summers in high school Richard would work alongside his brother and sister at their father’s ice cream shop in Detroit, Country Side Ice Cream.

Following high school, Richard wanted to follow in his big brother Ken’s shoes and in lieu of being drafted he joined the United States Army. In September 1946 Richard enlisted and by December 1946 he was sent by boat to Italy. Suffering with a horrible bout of sea sickness on the boat ride over, it took almost 3 weeks to get across, dodging U-boats and such on the way. His trip across landed him in Leghorn, Italy where he would stay a good portion of his tour. While stationed overseas, Richard made sure to write often to his mom and dad back in Michigan filling them in on his doings and always making sure to let them know in detail all the food he was eating. Richard’s love for photography and the fact that he was so good at it proved him very well in the Army. He was with the Film & Equipment Exchange with a M.O.S. (Military Operation Special Code) of Skilled Camera Man. As an unarmed member of the military in Italy he was unable to travel at night due to the “hungry patriots of this country.” Many of the 1500 men that came over on the boat with Richard were in the Blue Devil 88th Infantry Division, more than a quarter of these men were sent to Northern Italy to serve their country. By the end of WWII more than 300,000 US and British soldiers were killed in this area. Richard was able to take many personal pictures during the day and send some snaps back to his parents in the states. Following his return home Richard was reassigned to a unit heading to Japan. Here he served just shy of two years as a Photo-Journalist and in the Public Information office for the Army for Europe and Far East Command. Upon honorable discharge from the United States Army in March 1953 Richard received the World War II Victory Medal as well as the KSM UNSM OCC MED(JAP).

Working back at his father’s ice cream shop upon return from the Army, Richard decided it was time to head back to school and get his degree. In the fall of 1954 Richard began classes at Michigan State University. While there he continued with his photography taking pictures for local publications all while focusing on his major of Food Science and minoring in Business Administration. In the spring of 1958 Richard graduated with Honors and was ready to take the world by storm.

Richard got a sweet start upon leaving MSU, going to work for the St. Clair Creamery working in many aspects of the company from production, transportation to media print and advertising. After several years in the ice cream business Richard changed his course and begin working as an accountant for multiple companies over the next couple years. Richard worked in many different capacities over his life always working with and interacting with people, as this was something he truly loved doing. Insurance agent, customer service representative, driver for a dealership, driver for friends. He had the opportunity to do a little bit of it all.

In the late 60’s Richard was ready for love. It was during these years that Richard found the love of his life in his cherished Harriett (Holly). On a blind date set up by a friend, Richard headed to the house to pick up his date, Holly’s sister. Upon opening the door, Richard spotted Holly. Being the gentleman he was he took Holly’s sister out on the date that was set up, but ultimately made Holly his sweetheart and about a year later, September 1966, the two married. Richard and Holly were happily married 44 years. Holly was blessed with four children before marrying Richard so he instantly became a step-father. A hard task for anyone, but they made it happen and work to the best of their ability. They enjoyed visits to Florida so much they even moved there for a couple of years, Richard worked in the Health Insurance Industry and for those who knew him during this time it was also his infamous hearing aid sales days. Richard and Holly loved hosting family and friends in their home and their family Christmas party was always filled with delicious food, lots of laughs and usually a carol or two. When Holly was diagnosed with Alzheimer's , Richard refused to put Holly in a home. He took care of her with weekly help of his sister Marylyn and other home caregivers until the day in 2010 she was healed from the disease and in the arms of the Lord.

Richard had two things he loved to do. His first love like mentioned was his photography. You always knew where Richard was at a get together because he was always trying to get that picture. Many times those attending ended up being thankful since he was the only one who had a camera, or took those shots you wished you had gotten. Always being clever in his photography with his Christmas cards he sent, adding something to the picture most times, which gave those receiving them a little chuckle. Richard’s other love was golf. He would golf anytime, with anyone who said they would go. Not a friend, but like to golf? Well, you would be friends by the end of it because you liked to golf. Richard was a very good golfer too. He would tell those who would listen that earlier on that, “can shoot in 80’s on a calm day, with pins in the middle.” He even got himself an award for shooting a hole in one. Even as he got older in age Richard continued to golf. No longer 18 holes he would just about weekly, until the last little bit, meet with friends to do 9 holes.

Those who knew Richard, knew he was a talker. Sometimes more than what one person wanted to listen to. But those of us who were blessed to listen could learn a thing or two from him. And when he paused long enough from his talking, he was a very good listener. He saw a lot in his life. He experienced a lot in his life. He would tell anyone and everyone about his Lord and Savior and share the Good News. He would always get a tear in his eye and sometimes even break down crying when he would talk about how good God had been to him in his years on this earth.
Read Less

Posted Feb 04, 2020 at 10:14am
Wish I could be present today ! I will always remember you and cherish the life we have spent together. I know God holds you in his hands now.

Mark and Barbara Ruff purchased flowers and planted a memorial tree for the family of Richard Ruff.

Posted Feb 02, 2020 at 04:38pm
With loving memories of "Richard Ruff", who so loved his wife, Holly, and cared for her with such devotion for many years. He will be missed.

Melanie J Ruff purchased flowers and planted a memorial tree for the family of Richard Ruff. 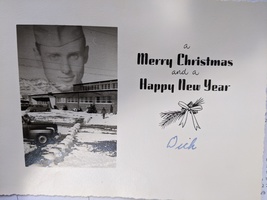 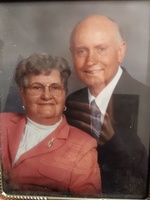 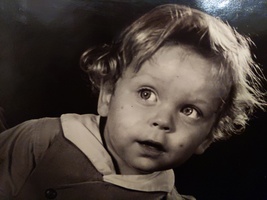 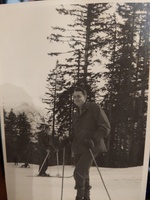