To share your memory on the wall of Ronald Brown, sign in using one of the following options:

Provide comfort for the family of Ronald Brown with a meaningful gesture of sympathy.

Print
Ronald Wallace Brown was born June 30, 1944 at home in Detroit, Michigan. He passed away February 12, 2020 in Roseville, surrounded by his family.

Ron was a proud Navy veteran, serving during the Cuban Missile Crisis. He was a Bridgepo... Read More
Ronald Wallace Brown was born June 30, 1944 at home in Detroit, Michigan. He passed away February 12, 2020 in Roseville, surrounded by his family.

Ron was a proud Navy veteran, serving during the Cuban Missile Crisis. He was a Bridgeport operator by trade and worked in many job shops over the years.

Vistation will be held on Sunday, February 16, 2020 from 2-8pm at the Faulmann & Walsh Golden Rule Funeral Home, 32814 Utica Road, Fraser, Michigan 48026. A funeral service will be held on Monday, February 17, 2020 at 11am with additional visitation beginning at 10am. Interment at Cadillac Memorial Gardens East.

Posted Feb 17, 2020 at 10:20pm
Mary.....so very sorry to hear of Ron’s passing. Sending our heartfelt condolences to you and your family. May the Lord wrap you in his arms and bring you comfort and peace.
Comment Share
Share via:
DD 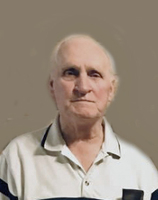 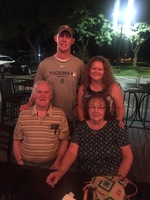 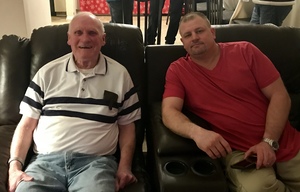