To share your memory on the wall of William Hertel, sign in using one of the following options:

Bill was born in Detroit, Michigan on September 30, 1942, son of the late Harold and Violet (Krause) Hertel. He was baptized on December 10, 1942 at St. Mark Lutheran Church of Detroit where he was also confirmed. After graduating from Denby High School, he served our country honorably in the U.S. Army for three years. Bill was united in marriage to his beloved wife, Deborah Eileen Nash, on March 15, 1972 at Salem Memorial Lutheran Church of Detroit. He started a career as the groundskeeper of St. John Hospital of Detroit and gave them 25 years of dedicated service. He was also the owner and operator of Hertel Landscape Services for many years. Bill was a devoted member of St. John Lutheran Church of Fraser for nearly 40 years. Bill always liked to keep busy and devoted his time where needed by being an usher, Elder, volunteering as a baseball coach, the “Keeper of the Fire”, led Bible studies, the MCREST program and Boars Head. He loved his Lord, was driven and was all in. Bill was one of kind; his goal in life was to make people laugh and his goal was met. He loved to talk politics and his voice was always known. Bill understood the value of friendship, was loyal and trustworthy. His compassion and friendship he extended was a blessing to all. It was always his faith in his Lord our Savior that got him through all life's ups and downs. Bill loved his family and treasured each and every moment shared in their company. He will be deeply missed and his light will shine in our hearts forever.

Visitation will be held at Faulmann & Walsh Golden Rule Funeral Home, 32814 Utica Road, Fraser on Friday from 2pm – 8pm. A service will be held Saturday at St. John Lutheran Church at 11am with additional visitation starting at 10am. In lieu of flowers, memorial contributions may be addressed to St. John Lutheran Church in Bill’s memory. Share memories at www.faulmannwalsh.com
Read Less

To send flowers to the family or plant a tree in memory of William Harold Hertel, please visit our Heartfelt Sympathies Store.

Posted Mar 05, 2020 at 11:22am
The only man to influence me more than Mr. Hertel was my own father. He coached his son, Mike and I in Mel Ott baseball. I also worked for Mr. Hertel, Mike, Bill, my brother Dan and another close friend, Steve, cutting lawns for 5 or 6 summers. We spent countless hours driving from job to job discussing politics, sports, family, faith and lots of other topics. He always treated all of us with respect and looked out for us. The summer of 05' was just Mr. Hertel and I working. I got to see him a little differently. We took longer lunches and did a lot of talking. He shared lots of wisdom with me.
We had our last conversation at his grandson Nash's Baptism last year in St. John church. Rest in Peace Mr. Hertel. - Joe Martin
Comment Share
Share via:
PH

Posted Mar 04, 2020 at 09:14pm
Miss those days working with Bill during our Mel Ott days coaching our sons. Bill is now with our Lord and free of pain. RIP my friend Mike Klein
Comment Share
Share via: 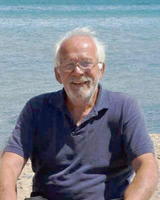 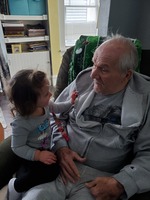 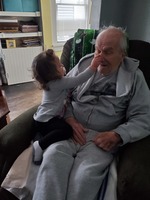 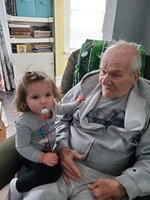