To share your memory on the wall of Charles Richardson, sign in using one of the following options:

Provide comfort for the family of Charles Richardson with a meaningful gesture of sympathy.

Print
Charles Richard Richardson, a resident of Fraser, was received into the loving arms of Jesus on Friday evening at the age of 83 years.

Charles was born in Detroit on September 27, 1936, the son of the late William and Beatrice (Sleteher... Read More
Charles Richard Richardson, a resident of Fraser, was received into the loving arms of Jesus on Friday evening at the age of 83 years.

Charles was born in Detroit on September 27, 1936, the son of the late William and Beatrice (Sleteher) Richardson. He served his country honorably in the U.S.Army for over 21 years working in food service . later he had worked for years at Motor City Stamping until retirement in 2006. Charles was a lifetime member of the Bruce Post VFW. He was united in marriage to his loving wife Sharon Ann (Hollenbeck) Criner on September 27, 2003. The couple have made their home in Fraser since. Charles loved bowling, traveling, grilling , gardening, and was an avid sports fan who especially rooted for the Detroit Tigers. He will be always remembered for his love of animals and his outgoing ways and smile. He will be deeply missed by all who knew and loved him.

A private service will be held with burial in Great Lakes National Cemetery. A life celebration will be held at Infinity Hall and Restaurant of Fraser at a later date with full military honors. In lieu of flowers, memorial contributions may be addressed to the Michigan Humane Society.

To send flowers to the family or plant a tree in memory of Charles Richard Richardson, please visit our Heartfelt Sympathies Store.

Donations are being accepted for: MICHIGAN HUMANE SOCIETY.

We encourage you to share your most beloved memories of Charles here, so that the family and other loved ones can always see it. You can upload cherished photographs, or share your favorite stories, and can even comment on those shared by others.

Posted Apr 05, 2020 at 03:30pm
Sharon,
Ken and I will always remember how much fun Dick had at Boats for Vets. He truly enjoyed singing to all the patriotic songs.
Ken & Debby Smith
Comment Share
Share via:
AL

I always enjoyed listening to you tell me stories of Dick bowling. He really must have loved it and I know you were happy he continued after retiring. Although I never met Dick, I am sure we could swap bowling stories. The days when I called you on business issues, I could always count on you telling me about your adventures with Dick.

So sorry to hear of Dick's passing. Condolences to you Sharon and your family from your friends at Augusta Engine Parts.
May the Lord be with you and your family.

Posted Mar 30, 2020 at 08:52pm
I will always remember My Grandson Adam age 15 bowling with Dick. They had such a great time. Adam was beating Dick. Dick's excuse was the alley was not his home lanes. We called Sterling Lanes, Dicks home lanes. They were open. It's on, lets go. Well they did split games there. And another time they bowled they were in their 6th game and Adam came up to me, he says, does he ever quite? Adam loved bowling with him. Your great personality and friendship will be greatly missed but the stories will always be shared. Your friends, Adam Van Buren, Gloria McCullough.
Comment Share
Share via:
BN 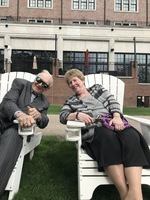 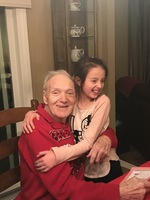 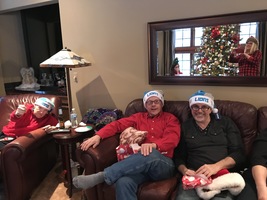