To share your memory on the wall of J.C. Turner, sign in using one of the following options:

Provide comfort for the family by sending flowers or planting a tree in memory of J.C. Turner

Provide comfort for the family of J.C. Turner with a meaningful gesture of sympathy.

Print
J.C. Turner, a resident of Roseville, was received into the loving arms of Jesus Wednesday morning, April 1, 2020, in his daughters home surrounded by the love of his family. He was 87 years.

J.C. was born in Fairmont, North Carolina o... Read More
J.C. Turner, a resident of Roseville, was received into the loving arms of Jesus Wednesday morning, April 1, 2020, in his daughters home surrounded by the love of his family. He was 87 years.

J.C. was born in Fairmont, North Carolina on November 27, 1932 the son of the late Grady and Addie Turner. He served his country in the U.S. Armed forces and was united in marriage to his beloved wife, Sharon Blum on August 8, 1966 in Warren. The couple made their home in various cities during his service; Detroit, and finally, in Roseville in 1969. J.C. worked for Chrysler and several other factories before working for over 15 years as an administrator of the V.A. Hospital retiring in 2001. He held a Bachelors Degree from his attendance in college. J.C. was known for his great laughter and sense of humor. He loved his church and devoted his life to his Lord and Savior. He played many sports in High School and Softball in his later years. He quoted many Bible scriptures to his family and friends and shared many memories of his southern family roots. J.C. will be deeply missed by all who knew and loved him.

J.C. is survived by his loving wife, Sharon; his devoted daughters, Amy Kolbus and Rebecca (Thomas) Spear; his loving grandchildren, Thomas A. Spear, Sophia (Zachary) Bauer and John Spear. He was preceded in death by brothers, Wilbur, Glenn, Gary and sisters, Mary, and Juanita.

A private service will be held at Faulmann & Walsh Golden Rule Funeral Home, 32814 Utica Rd. Fraser with private burial in Great Lakes National Cemetery. A life celebration will be held with full military honors at a later date and time. Memorial contributions in his honor to the families wishes appreciated.
Read Less

To send flowers to the family or plant a tree in memory of J.C. Turner, please visit our Heartfelt Sympathies Store.

We encourage you to share your most beloved memories of J.C. here, so that the family and other loved ones can always see it. You can upload cherished photographs, or share your favorite stories, and can even comment on those shared by others. 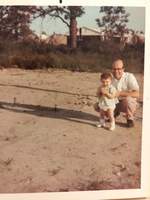 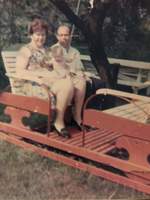