To share your memory on the wall of Christopher Buchs, sign in using one of the following options:

At the age of 17, Chris enlisted in the Marines and headed to Vietnam to serve the country that he loved. It did not take long for Chris to get into action, as his Marine unit was involved in the first major combat operation conducted by a purely US force in the war.

During Operation STARLIGHT, Company I was engaged in conflict with a large force of the Viet Cong. Lance Corporal Buchs, a rifleman with the First Platoon, was advancing with his squad, providing security for tanks attached to the unit. Approaching a large trench line near the southern border of An Cuong village, the tanks were brought under an extremely heavy volume of fire. Upon observing that a Marine was hit, Lance Corporal Buchs leaped from the tank and ran, under fire, across an open field to him. Noticing fire still coming from the trench line, he jumped into the trench, and employing hand grenades and his rifle, silenced the enemy, killing at least four of the Viet Cong. Throughout the day Lance Corporal Buchs assisted in evacuating wounded Marines and was instrumental in saving many lives. Although wounded himself, he remained with his unit and continued the fight against the communist forces. By his daring actions and loyal devotion to duty in the face of personal risk, Lance Corporal Buchs upheld the highest traditions of the Marine Corps and of the United States Naval Service.

For his conspicuous gallantry and bravery in action, Chris was awarded the Silver Star by President Lyndon Johnson.

After his service ended, Chris settled in Fraser, Michigan to raise his family. Chris also started Star Mechanical that he turned into a large successful business and he ran it for the remainder of his life.

Chris was a giving man who loved to spend his summers in Harrison, Michigan with his friends and family. Chris welcomed any friend of family, friend of a friend and neighbors and their families to take part in 4th of July weeks at Camp Buchs, that was founded in 1974. He provided the home on the lake, all of the “toys” and the fireworks that have been hailed year after year as “the best on the lake”. He became Grampa Chris to all of the kids, a fixer of EVERYTHING (even if it was a simple as, “Does it have gas in it?”) a great friend and someone that 100’s of people will remember for his generosity. We will all remember to check the gas, make sure the trailer hitch is latched, put the tools back where they belong, the proper use for the word MMMKay?!?!?! and to play his Motown and Oldies music all day and night as long as our families spend their summers at Camp Buchs.

Just one of his many stories – Scott Whitney

My Chris Buchs barn story about being awarded the Silver Star for his gallantry and bravery in operation Starlite:

Chris shared this story with me several times. As we all know, age makes us tell our stories over and over again and I have probably heard this 5-6 times, which is one of the reasons it has stuck with me.

Chris did some amazing things during that battle and saved many lives, and he was always humble about it. He never bragged, and always said that it was the job he was sent there to do. It was always amazing to see him talk about it, like he was re-living it. And every time he told the story he would always end it with his story about meeting the President and getting his medal, which always made me laugh.

Apparently in those days, if you needed a dress uniform you had to pay for it. So, when Chris was told he was going to meet the President and get his medal, he was told he had to wear his dress uniform. He asked where he had to go to get it and he was told he had to pay for it and it was around $150.00. He told command he wasn’t going to do that because he didn’t want to spend the money for something he would wear once, and that he would wear his greens like he always had. He said that if his greens were good enough to fight for his country in, that they were also good enough to meet the President in. And, in typical Chris fashion, he wore his greens, met President Johnson and received the third highest medal that can be bestowed on a marine for gallantry, and saved $150.00 as well.

I will always remember these qualities about Chris. Willing to give all of himself for others who need him (one of the most generous people I have ever known) , practical when it comes to making decisions, frugal when he needed to be, a great story teller, the last man I knew to still own a flip phone and a great and humble guy.

I am going to miss our barn talks about the war, life, being dads, music and all of the other things we talked about just passing the time and enjoying life at Camp Buchs.

VISITATION:
Chris was a great father, friend and hero. His family would like everyone to be able to pay their respects in whichever way they feel most comfortable. Due to social distancing requirements, there may be times that we limit the number of visitors inside the funeral home.

FUNERAL:
Due to social distancing requirements, we would like to limit the graveside service to immediate family.

To send flowers to the family or plant a tree in memory of Christopher Joseph Buchs, please visit our Heartfelt Sympathies Store.
Print

We encourage you to share your most beloved memories of Christopher here, so that the family and other loved ones can always see it. You can upload cherished photographs, or share your favorite stories, and can even comment on those shared by others.

dan and anna, dan and anna hickey, and other have sent flowers to the family of Christopher Joseph Buchs.
Show you care by sending flowers

Posted Jun 02, 2020 at 12:47pm
We were very saddened to hear of the recent passing of Chris. I have known Chris and his brother Rick through Star Electric during my 50 years at Ray Electric. Besides being a longtime loyal customer, Chris would often come to one of our locations at a moment's notice to fix our air conditioners or take care of any type of mechanical or electrical problem we might encounter. I remember Chris coming into our counter towards the end of the day to pick up materials and it was obvious that he was a hard worker and always active in the field. It was only a few years back that I found out that he was a heroic Marine earning the Silver Star for putting himself at risk to save his fellow soldiers in Vietnam. I admire his humbleness for never mentioning it over all the years I new him. May God bless Chris and bring him eternal peace. Pete & Chris de Steiger
Comment Share
Share via:
DA

dan and anna purchased the Rose Tribute and planted a memorial tree for the family of Christopher Buchs. Send Flowers

dan and anna hickey purchased the Dawn of Remembrance Basket and planted a memorial tree for the family of Christopher Buchs. Send Flowers

The de Steiger Family and your friends at Ray Elec

The de Steiger Family and your friends at Ray Elec purchased flowers for the family of Christopher Buchs. Send Flowers

Posted Jun 01, 2020 at 09:14pm
The only thing I can say about him is he made me laugh and made me feel like I wasn’t good at anything but that was his way of making me be the best person I could be he gave me more than I can thank him for and I hope he knew that between rick Charlie Francine pat and al I became the person that I am okaaaaay lol rip Chris thank you for everything and to his family deb Cheryl and Dino I’m truly sorry for your lose
Matthew soltman
Comment Share
Share via: 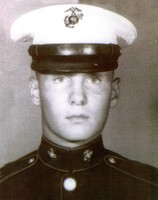 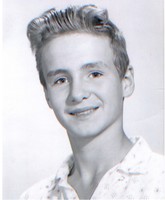 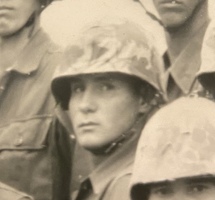