To share your memory on the wall of Raymond Claeys, sign in using one of the following options:

Print
Raymond Julius Claeys, a resident of Fraser, was received into the loving arms of Jesus early Saturday in his family home at the age of 80 years.

Raymond was born in Detroit on May 26,1940, the son of the late Julius and Janet (Misplon) ... Read More
Raymond Julius Claeys, a resident of Fraser, was received into the loving arms of Jesus early Saturday in his family home at the age of 80 years.

Raymond was born in Detroit on May 26,1940, the son of the late Julius and Janet (Misplon) Claeys. He was united in marriage to his beloved wife, Donna (Janson) Claeys on May 25,1963 in Detroit where the couple made their first home, moving to Fraser in 1974. Ray had worked for many years as a technician working on the future vehicles for General Motors and retired in 2006. He had a love of cars, especially his 39 Ford and drag racing with his children. He loved bowling, building things around the house, and especially enjoyed the game of poker with his family and friends. His family was always number one. He was a jack of all trades, was outgoing and had a great sense of humor. Ray will be deeply missed by all who knew and loved him.

We are asking for no flowers to be sent, instead, memorials to the Disabled Veterans or American Cancer Society will be greatly appreciated in Raymond's honor. Arrangements by the Faulmann & Walsh Golden Rule Funeral Home, 32814 Utica Rd., Fraser. A Life celebration will be held at Infinity Hall and Side Bar Restaurant at a later date.
Share memories with the family at www.faulmannwalsh.com
Read Less

To send flowers to the family or plant a tree in memory of Raymond Julius Claeys, please visit our Heartfelt Sympathies Store.
Print

We encourage you to share your most beloved memories of Raymond here, so that the family and other loved ones can always see it. You can upload cherished photographs, or share your favorite stories, and can even comment on those shared by others.

Posted Jun 21, 2020 at 09:16am
Nothing but good memories of my longtime neighbor and friend Ray. I'll remembered the chats we had about building decks and sheds. It was an annual ritual as I watched Ray open and close his pool. We had many discussions on lawn care and the happenings in the neighborhood and Fraser. He was always proud of his family and took pride in his home. For over 40 years I looked forward to talking with him as we both watched our families grow. I am sad that I didn't have that one last talk to tell him how much I appreciated him. My condolences to the family especially Donna. A good man is now in Heaven. Ray you will be missed.
Your neighbor, Larry Kropfreiter
Comment Share
Share via: 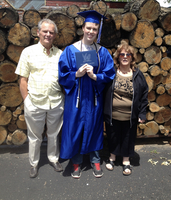 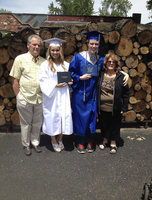 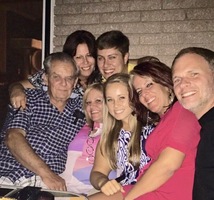