To share your memory on the wall of Frank Losh, sign in using one of the following options:

Print
Frank John Losh, a longtime resident of St. Clair Shores, was received into the arms of Jesus and his loving wife in Heaven, suddenly at his home, June 13, 2020. He was 86 years of age.

Frank was born in Detroit on January 1, 1934, the ... Read More
Frank John Losh, a longtime resident of St. Clair Shores, was received into the arms of Jesus and his loving wife in Heaven, suddenly at his home, June 13, 2020. He was 86 years of age.

Frank was born in Detroit on January 1, 1934, the son of the late Harry and Gertrude (Zurek) Losh. He was united in marriage to his first wife, Gloria Watson in 1951. Frank was united in marriage to his loving wife Stella Hujar in 1962. The couple first lived in Detroit. They were long time members of St. Gertrude Catholic Church then they moved to St. Clair Shores in 1970. Frank was quite an entrepreneur, being the top salesman for Milk Delivery for years, dabbling in real estate, and owning and operating the Nightingale Lounge Bar and Restaurant, retiring at the age of 42. Frank was a very prayerful person who spent 3 hours a day with the Lord. He enjoyed playing billiards, gardening and canning, fishing, duck and pheasant hunting and was a lover of his dogs and an avid reader. Frank will be deeply missed by all who knew and loved him.

Frank is survived by his loving children, Sharon (Walter) Manning-Lojuk, Katherine (Anthony) Russako and Daniel (Deanne) Losh; 6 loving grandchildren, 13 adoring great grandchildren and one great great grandchild. He is also survived by 5 nieces and 2 nephews. Frank was preceded in death by his loving wife, Stella on May 4, 2000, his sons, Frank and James Losh, step-son Jack Davis and by brothers, Richard and Michael Losh.

Visitation will be held at the Faulmann & Walsh Golden Rule Funeral Home, 32814 Utica Rd., Fraser, Thursday from 2pm till 8pm and Friday from 10am till time of funeral services at 11am. A scripture service will be held at the funeral home Thursday with sharing of his life at 7pm. Burial will be in Resurrection Cemetery, Clinton Twp. with a life celebration at Infinity Hall Restaurant of Fraser following the committal. Share memories with the family at www.faulmannwalsh.com.
Read Less

To send flowers to the family or plant a tree in memory of Frank John Losh, please visit our Heartfelt Sympathies Store.

We encourage you to share your most beloved memories of Frank here, so that the family and other loved ones can always see it. You can upload cherished photographs, or share your favorite stories, and can even comment on those shared by others.

With Love, Stacey, Mike, Maddox & Owen Woodhouse, The Entire Garrisi Family: Joe & Cheryl, Jill, Joe, and other have sent flowers to the family of Frank John Losh.
Show you care by sending flowers

Posted Jun 18, 2020 at 06:46pm
In memory of a very special man and one of our closest friends. Frank John Losh, you will be missed by many. Mark and Marcia Sedgeman

Posted Jun 18, 2020 at 02:40am
We are praying for peace and comfort for the family during this difficult time. While we are not able to be there in person, we are there in spirit.

Posted Jun 16, 2020 at 11:04pm
We were so very sorry to read this news. What a wonderful man and a true legend. We have so good many memories of Frank. He used to come to our Christmas Party every year. He will be greatly missed!
Comment Share
Share via:

Posted Jun 16, 2020 at 12:21pm
So sorry for your loss. Frank was a good friend of my fathers and I have very fond memories of him throughout my life. My thoughts and prayers are with your family.
Comment Share
Share via: 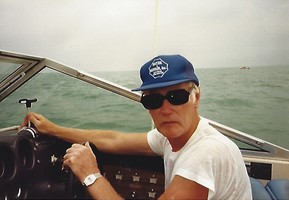 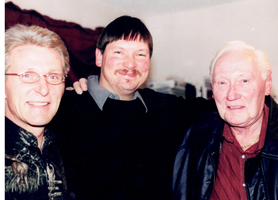 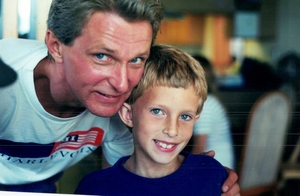