To share your memory on the wall of Sharon Gardner, sign in using one of the following options:

Print
Sharon Gardner, resident of Shelby Township, was received into the loving arms of Jesus peacefully on June 21.2020. She was 79 years of age.

Sharon was born in Detroit on June 4, 1941, the daughter of the late James and Ida (Hoover) Dyge... Read More
Sharon Gardner, resident of Shelby Township, was received into the loving arms of Jesus peacefully on June 21.2020. She was 79 years of age.

Sharon was born in Detroit on June 4, 1941, the daughter of the late James and Ida (Hoover) Dygert. She was united in marriage to her first husband Joseph Cornish in 1959. She was later united in marriage to James Gardner in 1972. The couple first lived in Warren and later moved to Harrison. Years after James' passing, Sharon moved to Venice, Florida to enjoy her love of sitting on the beach. Sharon worked as a Volunteer Coordinator with Saratoga Hospital for many years. She later worked at the Royal Oak Housing Division and Sunny Side Villages in Florida until her retirement in 2009.

Sharon had a love of history, especially the Civil War (Abraham Lincoln), ancient Egypt and dinosaurs. She enjoyed documenting the family tree doing genealogy. As an avid reader, she could easily spend the day away reading. She was a very loving, thoughtful person. She was happiest when she was helping others. She was family oriented and dearly loved her children, grandchildren, and great grandchildren.

Visitation will be held at the Faulmann & Walsh Golden Rule Funeral Home, 32814 Utica Rd., Fraser, Thursday, June 25, from 11 AM till 1 PM, with the funeral service at 1 PM. Burial will take place in Cadillac Memorial Gardens East.

To send flowers to the family or plant a tree in memory of Sharon Louise Gardner (Dygert), please visit our Heartfelt Sympathies Store.

We encourage you to share your most beloved memories of Sharon here, so that the family and other loved ones can always see it. You can upload cherished photographs, or share your favorite stories, and can even comment on those shared by others.

Lisa Dygert, The Dimmer family, and other have sent flowers to the family of Sharon Louise Gardner (Dygert).
Show you care by sending flowers

Growing up a few doors from the Dygert clan I spent many hours at their house. Mrs. D always treated me as one of her own. I had a place at the dinner table any time and spent the night often. My house was very quiet and the Dygert place was very noisy. It was heaven to me. I remember Sharon trying to teach me how to drive a stick shift on Joe’s car. She had the patience of a Saint. My condolences to the whole family and extended family. You’ve lost a wonderful, loving soul but she lives on in all of you.
Comment Share
Share via:

Posted Jun 24, 2020 at 09:56pm
Aunt Sharon has always been very special to me growing up and has remained so since. She was a very kind person and a pleasure to be with. I remember spending the night with Shelley out in the backyard in the camper van and just spending time with Denise, Joey, and Shelley. Fond memories of the whole family. I'm so saddened to hear of Aunt Sharon's passing and send prayers to the whole family. She was an awesome person and will be greatly missed!
Love you all,
Tina Allen (Cornish)
Comment Share
Share via:
HS

Posted Jun 24, 2020 at 10:19am
We are thinking of you and praying that God surrounds you with his peace and love. Love always, Ann, Sally, Susan, David and Lisa Dygert

Posted Jun 24, 2020 at 09:43am
Sweet Sharon, I never had the pleasure to meet you. However, I know your daughter, Denise. She is a true angel, and a testimony to you as a mother. You raised a wonderful woman who put my heart at ease during an incredible time of grief, and now I am sending you the same love and prayers during your journey home❤
Comment Share
Share via: 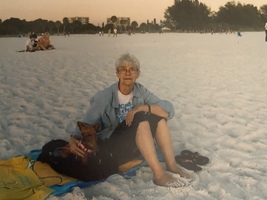 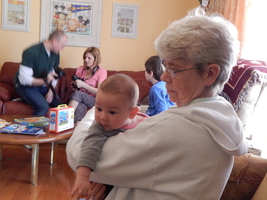 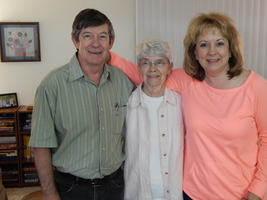