To share your memory on the wall of Loretta Mahoney, sign in using one of the following options:

Print
Loretta C. Mahoney, longtime resident of Warren, died peacefully surrounded by the love of her grandson on January 5, 2021. She was 97 years of age.

Loretta was born on June 4, 1923 in Detroit, Michigan, daughter of the late Arthur and... Read More
Loretta C. Mahoney, longtime resident of Warren, died peacefully surrounded by the love of her grandson on January 5, 2021. She was 97 years of age.

Loretta was born on June 4, 1923 in Detroit, Michigan, daughter of the late Arthur and Antoinette (Mayberger) Schoenherr. She was united in marriage to her beloved, Ray Mahoney. Loretta, for many years, sold beautiful jewelry; and met a lot of people who became quite close. She had a wonderful personality and was always put together with such elegance and class. Loretta had a full life and was quite independent. She enjoyed traveling and her occasional Bingo affairs. She will be deeply missed and her light will continue to glow in our hearts.

A memorial gathering will be held at Basilica of Sainte Anne de Detroit, 1000 Sainte Anne Street Detroit, Michigan 48216, on Saturday, January 23, 2021 at 9:30am with a Memorial Mass being celebrated at 10am.
Read Less

To send flowers to the family or plant a tree in memory of Loretta Clara Mahoney, please visit our Heartfelt Sympathies Store.

We encourage you to share your most beloved memories of Loretta here, so that the family and other loved ones can always see it. You can upload cherished photographs, or share your favorite stories, and can even comment on those shared by others.

Posted Jan 21, 2021 at 07:52pm
As far back as I can remember Aunt Loretta was always in my life. As a young girl my dad would put me on the back of his bike and we'd ride over to Ridgecroft to visit. When I got engaged we met with Aunt Loretta to pick out the perfect ring I wanted to give my husband. He is still wearing it today. The pearls I wore on my wedding day also came from her. Every shower gift you could count on Aunt Loretta to give an ice bucket. Her great smile and sence of humor will be greatly missed. We talked a few months ago and she still had me smiling and laughing.
God Speed Aunt Loretta. I love you.
Scott, sending my deepest sympathy in the loss of your grandma.
Hugs. Darlene and Jeff
Comment Share
Share via:
WB

Posted Jan 21, 2021 at 05:31pm
We will miss you Aunt Loretta. All of us love you from California. So glad you and grandma are together again. xoxo
Comment Share
Share via:
KC

Posted Jan 21, 2021 at 12:25pm
We will miss you, and will know this tree will go on living, not only in our hearts, but forever in the earth! From Karen and your family in California

Posted Jan 14, 2021 at 08:27pm
What a wonderful, beautiful lady inside and out. Enjoyed life to her fullest. Many great times and laughs. Will miss you Aunt Loretta.

Posted Jan 14, 2021 at 07:59pm
WHAT CAN I SAY ABOUT LORETTA SHE WAS FULL OF LIFE FUNNY MANY GREAT MEMORIES
LOVE Kathy Prystupa 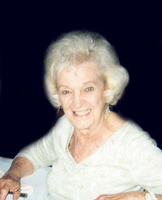 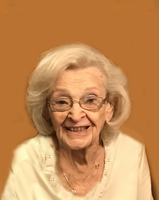 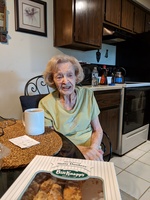 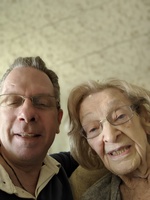