To share your memory on the wall of Robert Brandt, sign in using one of the following options:

Print
Robert William Brandt, a resident of Eastpointe, was received into the loving arms of Jesus on Tuesday at the age of 74 years

Robert was born on January 7, 1946 in Detroit, the son of the late Herman "Bud" and Roma (Giddens) Brandt. He s... Read More
Robert William Brandt, a resident of Eastpointe, was received into the loving arms of Jesus on Tuesday at the age of 74 years

Robert was born on January 7, 1946 in Detroit, the son of the late Herman "Bud" and Roma (Giddens) Brandt. He served his country honorably in the U.S Air Force during the Vietnam War. He was united in marriage to his beloved Janet Bujak on September 20, 1969 in Greenfield Peace Lutheran Church of Detroit. The couple first made their home in Clinton Twp., moving to East Detroit in 1971. Robert worked for over 30 years for Pitney Bowes Corporation as a Systems Engineer. Robert enjoyed water skiing and sports in his younger years, enjoying fishing, especially fly fishing as he grew older, loved camping, traveling, canoeing, and his computer. He especially enjoyed his trip with his loving wife to Ireland. He will be deeply missed by all who knew and loved him.

Robert is survived by his faithful wife, Janet, his loving children, Robert Jr., Faith, and James Brandt. He was preceded in death by his sister Nancy Rennie.

Mask are required as is social distancing due to the Governors mandates. Thank you for your cooperation. Share memories with the family at www.faulmannwalsh.com. In lieu of flowers memorial contributions to the Vietnam Veterans or the Michigan Cancer Foundation appreciated.
Read Less

To send flowers to the family or plant a tree in memory of Robert William Brandt, please visit our Heartfelt Sympathies Store.

Posted Aug 04, 2020 at 09:13pm
Words can never speak for the heart. May this small token grow & flourish like the love you shared together. Love in Christ, Leslie 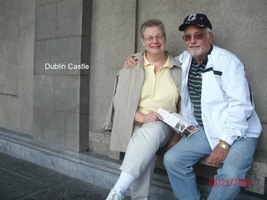 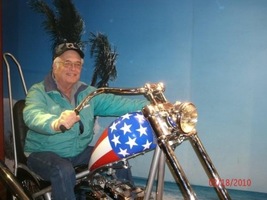 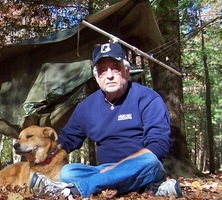