To share your memory on the wall of Richard Lawson, sign in using one of the following options:

Dick was born on July 25, 1928 in Detroit, Michigan and raised in Fraser; he was the son of the late Kenneth and Henrietta (Toland) Lawson. He was a 1946 Fraser High School graduate. Shortly after graduation, he was drafted in the U.S. Army and served our country honorably during the Korean War. He was united in marriage to his beloved wife on September 15, 1951 in St. Peter Catholic Church of Mt. Clemens. The couple was blessed with six wonderful children of whom they loved and cherished. Dick retired from Chrysler Corporation in 1988 after over 30 years of dedicated service. He was a proud lifelong member of the American Legion Post 4; where he was very active and was a member of the ritual team for many years. You could often catch Dick having a nice cold Bud Light bottle of beer or outside in the backyard woodworking. He will always be known for his generosity and his smile. Dick was always there whenever anyone was in need; for a shoulder to lean on or just for words of advice. He will be greatly missed and his light will continue to glow in or hearts forever.

To send flowers to the family or plant a tree in memory of Richard Kenneth Lawson, please visit our Heartfelt Sympathies Store.

Donations are being accepted for: AMERICAN LEGION (4 HARRY OLLRICH).

Mount Clemens Firefighters Local 838, Dennis and Debbie Moore, and other have sent flowers to the family of Richard Kenneth Lawson.
Show you care by sending flowers

Posted Aug 25, 2020 at 04:00pm
Laura, I am so sorry for your loss. Due to my own health issues, I am unable to give you my condolences in person. Please accept my deepest condolences, and know that you are in my prayers.

Posted Aug 25, 2020 at 08:09am
On behalf of the Sons of the American Legion Squadron 4 I want to pass along our deepest sympathy on the sudden loss of Dick Lawson. I had the pleasure of knowning him from Thousand Trails campground as well as Post 4 where he was our long time liason.
He is already missed by his American Legion family. What a truly wonderful guy! -Rich Laney
Comment Share
Share via:
DM

Posted Aug 24, 2020 at 05:09pm
Sorry I can’t be there, you are all in my thoughts and prayers! Dick will surely be missed, he was so special to us all. My best memories are his white socks, his kindness to my dad, putting flags on his grave, his wit and humor, and that smile!! Our deepest sympathies, love you all, Ann & Mike
Comment Share
Share via: 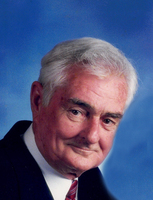 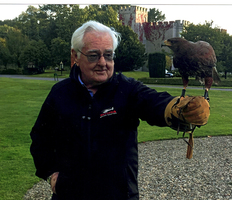