To share your memory on the wall of Stephen Gora, sign in using one of the following options:

Stephen was born on August 2, 1966 in Detroit, Michigan, son of the late Donald and Elizabeth Ann (Smith) Gora Sr. He was a machinist for many dedicated years and loved to work with his hands. Stephen always took great pride with his tools and work. He had a heart of gold and would give you the shirt off his back. Stephen was an awesome and fun uncle to all of his nieces and nephews; and was coined by his nieces and nephews, "Uncle Trouble." He will always be remembered by his giving nature and his smile. Stephen will be greatly missed and his light will continue to glow in our hearts forever.

Stephen is the loving brother of Barbara (Richard) Norris, Kenneth (Lilia) Gora, Kimberly Rata and the late Susanne (Scott ) Seymour and Donald Jr.; and cherished uncle of many nieces and nephews.

A funeral Mass will be celebrated on Wednesday at 10:30am at St. Margaret of Scotland. Share memories at www.faulmannwalsh.com
Read Less

To send flowers to the family or plant a tree in memory of Stephen Michael Gora, please visit our Heartfelt Sympathies Store.

We encourage you to share your most beloved memories of Stephen here, so that the family and other loved ones can always see it. You can upload cherished photographs, or share your favorite stories, and can even comment on those shared by others. 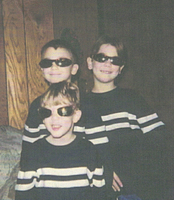 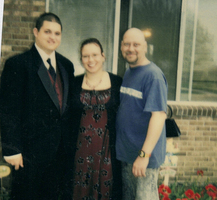