To share your memory on the wall of CPT Brandon Walters, sign in using one of the following options:

Print
CPT Brandon D. Walters, resident of DuPont, Washington, passed away on September 5, 2020. He was 28 years of age.

Brandon was born on May 12, 1992 in Detroit, son of Robert and Susan (Rey) Walters. He attended Fraser High School wh... Read More
CPT Brandon D. Walters, resident of DuPont, Washington, passed away on September 5, 2020. He was 28 years of age.

Brandon was born on May 12, 1992 in Detroit, son of Robert and Susan (Rey) Walters. He attended Fraser High School where he excelled in track and field, hockey, cross country and theater. Brandon graduated and received Math Student of the Year in 2010. He went off to Adrian College, joining the Theta Chi Fraternity and the ROTC. He still remained active with track and field, hockey and cross country; receiving his BA in Mathematics in May of 2014. Shortly after, Brandon entered into the U.S. Army and was married to his beautiful wife, Megan Lee, August 20, 2014 in Grand Haven, Michigan. Brandon lived a very active and adventurous life. He enjoyed spending his weekends hiking, backpacking, rock climbing, kayaking or playing ice hockey. He enjoyed running and every year looked forward to the triathlon. Brandon also loved getting into DYI projects and computer gaming. You could also often find him playing a round of golf with friends. Brandon’s favorite time spent was going on adventures with the love of his life, Megan, and making new memories. Brandon will always be remembered for his outgoing and charismatic personality who lived life to the fullest putting 100% into everything he did. He was always there for the people he worked with, his friends and family. Brandon will be greatly missed and the compassion and love he extended to others will always be a blessing. His light will continue to glow in our hearts forever.

Brandon is the cherished husband of Megan; loving son of Robert and Susan Walters of Fraser; dearest brother of Brad Walters of Fraser, Brent Walters (Paige) of Kimball Township, MI, Bob Walters (Sydnee Bretz) of Roseville, MI; dear grandson of Carolyn (the late Robert) Walters of Flagstaff, AZ, and the late Donald and June Rey; beloved son-in-law of Gerald and Mary Lee of Marne, MI; and dear brother-in-law of Andrew Lee and Allison Lee of Marne, MI, and Bethany (Lucas) Kelly of Erp, The Netherlands. He is also survived by many aunts, uncles, cousins, and friends.

Visitation will be held at Faulmann & Walsh Golden Rule Funeral Home, 32814 Utica Road, Fraser, Thursday from 1pm-4 & 5:30pm – 8pm. A funeral will be held at Bethany Baptist Church, 19700 15 Mile Rd, Clinton Twp., MI 48035 on Friday at 8:30am with burial at Great Lakes National Cemetery at 11am with full military honors. Share memories at www.faulmannwalsh.com. In lieu of flowers please make contributions to the King County Search and Rescue Association.
Read Less

To send flowers to the family or plant a tree in memory of CPT Brandon Donald Walters, please visit our Heartfelt Sympathies Store.

Donations are being accepted for: KING COUNTY SEARCH AND RESCUE ASSOCIATION.

We encourage you to share your most beloved memories of CPT Brandon here, so that the family and other loved ones can always see it. You can upload cherished photographs, or share your favorite stories, and can even comment on those shared by others.

Joe, Deb, Joseph, Brittaney Ruemenapp, Danell Willis, and other have sent flowers to the family of CPT Brandon Donald Walters.
Show you care by sending flowers

3 trees were planted in the memory of CPT Brandon Walters

I only met Brandon in January. Working with him was a privilege; knowing him was a true pleasure. I will never forget my almost daily chats with Brandon about everything and nothing at all. He was a special person, always giving his time to those who needed it. Despite our relatively brief acquaintance, I will cherish his friendship forever. You are all in my prayers.

Posted Sep 18, 2020 at 02:31am
Rob I wish that I had the chance to me Brandon. I know that you are very proud of him and he will be greatly missed. I pray that with the help of your family and friends that you make it through the coming weeks. Your family will remain in my prayers.
Deepest Sympathy Roger Weiss
Comment Share
Share via:
HS

Posted Sep 17, 2020 at 08:09pm
The short time I spent with Brandon and work and riding bikes was not nearly enough. You and he are in my thoughts. He is greatly missed.

Flowers were purchased and a memorial tree planted for the family of CPT Brandon Walters. Send Flowers

Posted Sep 17, 2020 at 05:44am
We are so sorry for the loss of your son. Our thoughts and prayers are with you and your family during this difficult time. 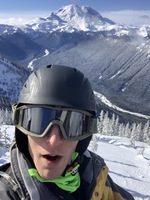 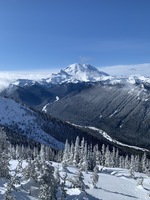 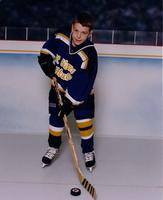