To share your memory on the wall of Frederick Knox, sign in using one of the following options:

Print
Frederick Dwight Knox, a longtime resident of Clinton Twp., passed away peacefully surrounded by the love of his family on Sunday, October 11, 2020 at Ascension Providence Hospital-Novi. He was 73 years old.

Fred was born on January 10,... Read More
Frederick Dwight Knox, a longtime resident of Clinton Twp., passed away peacefully surrounded by the love of his family on Sunday, October 11, 2020 at Ascension Providence Hospital-Novi. He was 73 years old.

Fred was born on January 10, 1947 in Rockbridge, Ohio to William and Viola(nee Landau) Knox. He met and married the love of his life, Anita Peraino on December 6, 1969. They soon started their family together and were blessed with three wonderful children. The family made their first home in Detroit before moving to Warren and later settling in Clinton Township. Fred serving his country honorably in the United States Air Force during the Vietnam era. He worked for over 37 years as a welder equipment repairman at Chrysler Sterling Stamping, retiring in 2002 and was a proud and active UAW member. Outside of his work, Fred enjoyed hunting, fishing, and spending time with his family, especially his grandchildren. Fred was a wonderfully caring and generous man, who truly had a heart of gold. He always put the needs of others first, especially when caring for his beloved wife Anita. Fred will be truly missed by all who knew and loved him, but his memories will live on in our hearts forever.

Fred is survived by his loving wife of 51 years, Anita; beloved children Theresa Knox, Christine Knox, and David (Jill) Knox; cherished grandchildren Anjelica, Ethan, and Lucas Frederick. He is also survived by many nieces, nephews, cousins and friends. He was preceded in death by his parents.

Visitation will be held on Saturday, October 17, 2020 from 1pm until time of service at 6pm at the Faulmann & Walsh Golden Rule Funeral Home, 32814 Utica Road, Fraser, Michigan 48026. Share memories with the family at faulmannwalsh.com
Read Less

To send flowers to the family or plant a tree in memory of Frederick Dwight Knox, please visit our Heartfelt Sympathies Store.

We encourage you to share your most beloved memories of Frederick here, so that the family and other loved ones can always see it. You can upload cherished photographs, or share your favorite stories, and can even comment on those shared by others.

Love, Scott & Jody Null and Boys, Jeff freeman, and other have sent flowers to the family of Frederick Dwight Knox.
Show you care by sending flowers

Flowers were purchased for the family of Frederick Knox. Send Flowers 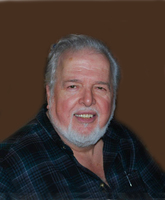 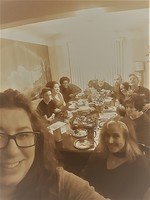 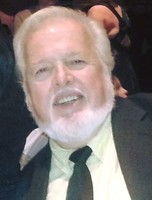