To share your memory on the wall of Robert Schneider, sign in using one of the following options:

Bob was born on Christmas morning of 1946 in Detroit, Michigan, son of the late Arthur and Margaret (Crockett) Schneider. He... Read More
Robert Alan Schneider, longtime resident of Fraser, died peacefully October 27, 2020. He was 73 years of age.

Bob was born on Christmas morning of 1946 in Detroit, Michigan, son of the late Arthur and Margaret (Crockett) Schneider. He was raised in Fraser and was the Senior President of the Fraser High School graduating class of 1964. After graduation, he attended Michigan State University, receiving his Bachelors Degree in Marketing in 1969. Bob had a great personality and a gift of speaking, which led him to a career as a Real Estate Agent for many dedicated years; retiring from Real Estate One. He was known as the "Donut Man" around the office, because not only did he love donuts, but, he enjoyed bringing donuts every day to the office and for others. Bob was an avid golfer who always looked forward to the spring. He loved going with his brother, Jim, to all the MSU football and basketball games. Bob was an overall great man who had his faith in God. He will be deeply missed and his light will continue to glow in our hearts forever.

Bob is the loving son of the late Arthur and Margaret; cherished brother of Kathy Schneider, James Schneider and the late Marilyn Fisher; and dear uncle of Jeff and Scott.

Visitation will held on Monday at Faulmann & Walsh Golden Rule Funeral Home, 32814 Utica Road, Fraser, Monday from 3pm - 8pm. A funeral will be held at St. John Lutheran Church of Fraser, Tuesday at 10:30am with additional visitation starting at 10am. Share memories with family at www.faulmannwalsh.com
Read Less

To send flowers to the family or plant a tree in memory of Robert Allan Schneider, please visit our Heartfelt Sympathies Store.

Jeff and Jen Maccagnone sent flowers to the family of Robert Allan Schneider.
Show you care by sending flowers

Posted Nov 05, 2020 at 06:41am
What very special memories were shared between our families. We children were all enrolled at St. John Lutheran School, in Fraser, and our parents were actively dedicated to Church activities. During the Christmas holidays and after our church youth Christmas Eve program, we often gathered together at our home. Our mother played the piano and the rest of us sang Christmas carols. I recall Mr. Schneider was in the church choir and everyone had good voices. Bob and my brother, Richard, were very close friends throughout their elementary and high school years and beyond. Bob was 'best man' at Richard's wedding. The Schneiders are special people. I send my condolences to Kathy and Jimmy and wish you, and all your family, much strength and blessings during this difficult time. With love.
Comment Share
Share via:
DR

Posted Nov 02, 2020 at 08:39am
Bob Schneider...what can I say. A fellow Spartan who cared about the underdog....A man who treasured family, had a strong sense of core values, and always a good time on the golf course.
He was appreciated by many around the real estate office, as he shared his wealth of knowledge gained from many years in the trenches. A final heartfelt and sorrowful good bye from your friends and colleagues at Real Estate One!!!
Comment Share
Share via:
JM

Posted Oct 28, 2020 at 05:56pm
I always had a great time in the office with Bob. I can still hear his voice, "Joe...." as he dragged it out as he was saying it. I cherished our talks of everything Michigan State! Bob was ahead of his time with knowledge of the foreclosure markets and really specialized in a very tricky part of real estate. I'll always remember Bob and his memory will be a blessing!
Comment Share
Share via: 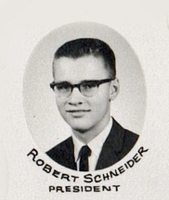 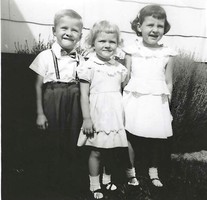 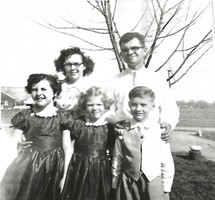 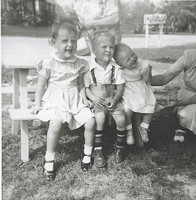