To share your memory on the wall of Walter James Albus, sign in using one of the following options:

Growing up here he enjoyed multiple sports especially motorcycle racing and was awarded with many trophies and articles of his success. Along with his parents he shared the home with his brother and his sister.

Jim was in the Army and following his time in the service he met and married the love of his life Beverly. He and Bev lived in the house on Utica Road where he grew up and they raised 3 children of their own. Rounding out the family he was blessed with 7 grandchildren and 1 great grandchild.

Jim supported his family in his trade as a machinist and made it his goal to provide enough to allow Bev to spoil the children, a task she took on willingly. He loved to get the family together where he could entertain us with his tall tales and life experiences.

Many people will recall seeing him sit in his driveway on Utica Road waving to his friends as they blow their horns passing by. He will be missed and remembered fondly by all who knew him.

Visitation will be held on Friday, November 6th , from 2-7pm at the Faulmann and Walsh Golden Rule Funeral Home, 32814 Utica Rd., Fraser, Michigan 48026. A private funeral for the family will be held on Saturday. 🙏
Read Less

To send flowers to the family or plant a tree in memory of Walter James "Jim" Albus, please visit our Heartfelt Sympathies Store.

We encourage you to share your most beloved memories of Walter James here, so that the family and other loved ones can always see it. You can upload cherished photographs, or share your favorite stories, and can even comment on those shared by others.

Posted Nov 04, 2020 at 09:58am
Our most heartfelt sympathies for your loss... Our thoughts are with you and your family during this difficult time. Mike, Lan, Lois, Tara, Bina

The Fortune team purchased flowers and planted a memorial tree for the family of Walter James Albus. Send Flowers

Flowers were purchased for the family of Walter James Albus. Send Flowers 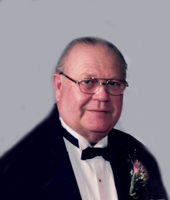