To share your memory on the wall of William Paret, sign in using one of the following options:

Bill is the son of William and Shirley (Grimshaw) Paret Sr. Bill was born in Stuttgart, Germany on May 09, 1956, where his... Read More
William Achille Paret Jr., longtime resident of Fraser, passed away November 10, 2020.  He was 64 years of age.

Bill is the son of William and Shirley (Grimshaw) Paret Sr. Bill was born in Stuttgart, Germany on May 09, 1956, where his father was stationed with the U.S. Army. He was a 1974 graduate of Fraser High School. Bill was united in marriage to his beloved wife, Alice (Baird), and was blessed with three children of whom he loved and cherished.  Bill worked in video production for many years.  His culinary skills were exquisite and he had quite a green thumb. Bill enjoyed being out in the woods, hunting, and on the water fishing.  He was a history buff who was passionate about life and everything he did.  Bill had a great sense of humor and would light up a room with his presence. He loved his family and understood the value friendship.  He will be deeply missed and his light will continue to glow in our hearts forever.

Visitation will be held at Faulmann Walsh Golden Rule Funeral Home, 32814 Utica Road, Fraser, Wednesday from 5pm - 7pm. The family will also be having a ‘Celebration of Life Memorial’ gathering for Bill at a later date.
Read Less

To send flowers to the family or plant a tree in memory of William A. Paret Jr., please visit our Heartfelt Sympathies Store.

Love The Hendrickson Family sent flowers to the family of William A. Paret Jr.
Show you care by sending flowers

Posted Nov 23, 2020 at 02:48pm
My condolences to your family. Bill was a great guy. I have worked with Bill on video shoots for many years. May he rest in peace.
Lou Vitale
Comment Share
Share via:
LF

Posted Nov 17, 2020 at 07:31pm
Allison, deepest sympathies to you and your family. May the love of those around you provide comfort and peace to get you through the days ahead.

Posted Nov 17, 2020 at 03:25pm
Our deepest sympathies to the Paret Family. May the love and support from friends and family bring you comfort during this difficult time.

Blooming Garden Basket was purchased for the family of William Paret. Send Flowers 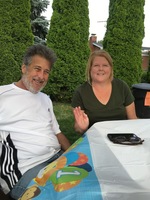 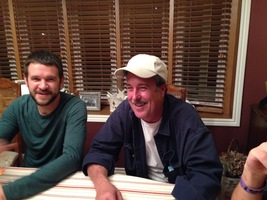 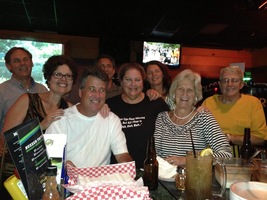 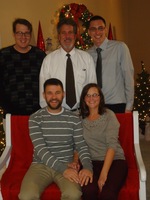