To share your memory on the wall of Peter Wynne Jr., sign in using one of the following options:

Provide comfort for the family by sending flowers or planting a tree in memory of Peter Wynne Jr.

Provide comfort for the family by sending flowers or planting a tree in memory of Peter Wynne Jr.

Print
Peter Kenneth Wynne, Jr. passed away from us on November 17, 2020, shortly after his 81st birthday.

Born on October 12, 1939 to the late Peter and Geniece Wynne, Pete was originally a Detroiter. In that city, he attended Denby High Sc... Read More
Peter Kenneth Wynne, Jr. passed away from us on November 17, 2020, shortly after his 81st birthday.

Born on October 12, 1939 to the late Peter and Geniece Wynne, Pete was originally a Detroiter. In that city, he attended Denby High School, held his first jobs and met and married Marjorie, his loyal and devoted bride of nearly 60 years. Early in their marriage, the couple moved to south-eastern Macomb County where they have resided ever since.

One thing Pete was known for is his strong work-ethic, something he may have picked up during the time he spent as a kid lending a hand on a family member’s farm. He encouraged this ethic in his four sons. One of his early jobs was the grueling work of polishing and buffing auto parts. When he had the opportunity to become a meat cutter in his mid-twenties (working in Detroit’s Eastern Market), he took it. That trade was one that he practiced proudly (and well) for over 30 years.

In his youth Pete played a variety of sports, including baseball and basketball. As an adult, he enjoyed bowling, golfing, pool and darts—and he was always up for a good game of pinochle. He liked the friendship and cold beer that he found with these activities as well. In his retirement years, Pete’s interest in sports did not waiver. He happily watched the Red Wings, Tigers, football and golf. He also enjoyed watching old movies and vintage television (especially with the company of his dogs).

The oldest of seven children, Pete was a family man. He remained close with his younger sisters, brothers and in-laws and he worked hard to support his wife and children. Over the years, together with his wife, he gladly met daughters-in-law, grandchildren and great-grandchildren. He wanted the best for them, even when he didn’t quite understand what they were doing. All of his family and friends will miss him, his strength and (sometimes mischievous) spirit.
Peter is survived by his wife, Marji; his sons: Peter (Connie), Brian (Mary), Rodney (Darci) and Jason (Amy); grandchildren: Holly, Heather, Kevin, Courtney, Rodney, Morgan, Kaitlyn, Justin, Sydney, Steele, Lily, Jayden and Kingsley, as well as five great-grandchildren. He is also survived by his sisters, MaryAnne Wrosch, Susan (John) Wummel and Patricia Dries, and brother Timothy Wynne. Preceding him in death were his brother, Robert; granddaughter, Deanna and sister, Sharon.

A brief visitation will be held at the Faulmann & Walsh Golden Rule Funeral Home, 32814 Utica Rd., Fraser, MI from 2-3pm on Friday, November 20. A memorial service will follow, beginning at about 3pm. Please note: During the Visitation (2-3pm), the number of people allowed to visit at one time will be limited, as will the number of attendees for the Memorial Service. Everyone will need a mask and a temperature check will be performed by the funeral home staff. These necessary steps are meant to help keep all of us (including Pete’s family members) safe and healthy.
Read Less

To send flowers to the family or plant a tree in memory of Peter Kenneth Wynne Jr., please visit our Heartfelt Sympathies Store.

We encourage you to share your most beloved memories of Peter here, so that the family and other loved ones can always see it. You can upload cherished photographs, or share your favorite stories, and can even comment on those shared by others.

Jayne and Ron Winchester and Bhopal and Kim Singh sent flowers to the family of Peter Kenneth Wynne Jr.
Show you care by sending flowers

Jayne and Ron Winchester purchased the Blooming Garden Basket and planted a memorial tree for the family of Peter Wynne Jr.. Send Flowers

Posted Nov 19, 2020 at 10:46pm
Marji, I am so sorry on your loss of Pete. My prayers and thoughts are with you and your family at this very difficult time. with love, Kathy Winkler
Comment Share
Share via:
BS 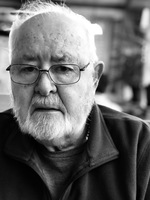 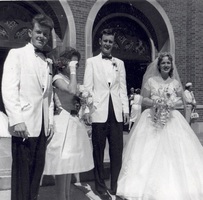 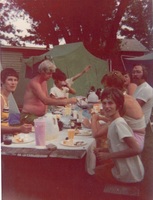