To share your memory on the wall of Richard K. Burkland, sign in using one of the following options:

Provide comfort for the family by sending flowers or planting a tree in memory of Richard K. Burkland

Provide comfort for the family by sending flowers or planting a tree in memory of Richard K. Burkland

Print
Richard Kenneth Burkland, a longtime resident of Royal Oak and formerly of Goodrich, passed away peacefully on November 19, 2020 in his home, surrounded by the love of his family. He was 86 years old.

Richard was born on October 24, 1... Read More
Richard Kenneth Burkland, a longtime resident of Royal Oak and formerly of Goodrich, passed away peacefully on November 19, 2020 in his home, surrounded by the love of his family. He was 86 years old.

Richard was born on October 24, 1934 in Detroit, Michigan. He grew up in Royal Oak with his parents and four brothers, finishing high school in Moundsville, West Virginia before returning to the Detroit area. Richard later met and married the love of his life, Diane Claire Stephenson on August 24, 1957 at St. Mary's Catholic Church in Royal Oak. Together, the couple was blessed with five delightful children; Christopher, Matthew, Richard, Lisa and Carrie. Richard earned his Journeyman card at Fisher Body. In 1963, purchased A. J. Tool Specialties to become his own company, Burkland Inc., in Goodrich for 15 years making precision metal stampings. His expertise and skill was always needed in various projects, including a part for the gyroscope on the Apollo spacecraft. After selling Burkland Inc., he started Sun Precision, Ltd. in Sarasota Fl., where he worked with his sons in precision tooling. Richard was called on to troubleshoot customer issues over the years, and was consulting on many projects into his later years. He was an active member of the American Metal Stamping Association.

Outside of his work, Richard enjoyed reading, keeping up with the latest technology and manufacturing processes. He also took great interest in studying proper nutrition and physical activity and shared his knowledge with others. Richard also enjoyed traveling. He also enjoyed spending time with family and friends whenever he could. Richard truly loved his family and especially enjoyed his time as a grandfather. He cared for his mother’s sisters in their final years. He was a truly courageous man who would let nothing stop him, even into the final days of his life. His smile and kindness will truly be missed by all who knew him, but memories of him will continue on in all who loved him.

Visitation will be held on Monday, November 23, 2020 from 4:00 pm to 8:00 pm with a Rosary at 7:00 pm at the Faulmann & Walsh Golden Rule Funeral Home, 32814 Utica Road, Fraser, MI 48026. A Low Requiem Mass will be held on Tuesday, November 24, 2020 at 10:00 am at Our Lady, Queen of Martyrs Church, 16414 E. Fourteen Mile Road, Fraser, Michigan 48026. While attending Mass, dress code is required (https://www.olqmfraser.org/site/about_us.php). Silence in the Church is required out of respect to the sacredness of the Requiem Mass. In lieu of flowers, memorial donations should be made to the Our Lady, Queen of Martyrs Parish General Fund in memory of Richard. Interment will be held following Mass at Resurrection Cemetery in Clinton Twp.

To send flowers to the family or plant a tree in memory of Richard K. Kenneth Burkland, please visit our Heartfelt Sympathies Store.

We encourage you to share your most beloved memories of Richard K. here, so that the family and other loved ones can always see it. You can upload cherished photographs, or share your favorite stories, and can even comment on those shared by others.

Tim and Deb Grifka, Much love, Wendy, Paul, Brendan, and Garrett, and other have sent flowers to the family of Richard K. Kenneth Burkland.
Show you care by sending flowers

Posted Nov 23, 2020 at 06:35am
With loving memories of our wonderful Uncle. His smile and creativity will forever be in our hearts.

Much love, Wendy, Paul, Brendan, and Garrett purchased flowers and planted a memorial tree for the family of Richard K. Burkland. Send Flowers

Posted Nov 21, 2020 at 03:39pm
In memory of my loving brother. You touched many people's lives with your special vibrance. Rest in peace. Brothers forever! 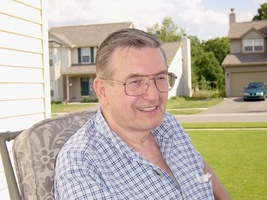 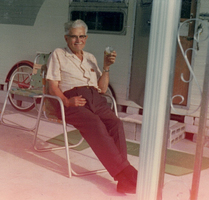 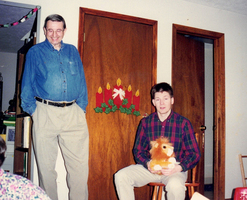