To share your memory on the wall of Ronald Wuerfel, sign in using one of the following options:

Print
Ronald Paul Wuerfel, resident of Fraser, died peacefully surrounded by the love of his family on January 7, 2021. He was 79 years of age.

Ron was born in Detroit, Michigan on September 27, 1941, son of the late Donald and Keigh (Adams)... Read More
Ronald Paul Wuerfel, resident of Fraser, died peacefully surrounded by the love of his family on January 7, 2021. He was 79 years of age.

Ron was born in Detroit, Michigan on September 27, 1941, son of the late Donald and Keigh (Adams) Wuerfel. He was united in marriage to his devoted wife, Sandra Kay Roche, on June 25, 1966 at All Saints Episcopal Church. The couple lived in St. Clair Shores until building their home in Fraser in 1992. Ron worked for the City of Fraser Department of Public Works for over 26 years, retiring in 2003. After his retirement, he kept working for the City doing Cross Connection Inspections. Ron really enjoyed traveling with Sandra. He loved Science Fiction and watching documentaries, especially on weather conditions. Ron had quite the “Green Thumb” and enjoyed tending to his garden and plants. He was always humble and kind. Ron led life with love and purpose. Above all, he was a family man who cherished his time spent with them. He will be greatly missed and his light will continue to glow in our hearts forever.

Ron is the beloved husband of 54 years to Sandra; dearest father of James (Neva) and Brad (Michelle); cherished grandfather of Noah, Jason and Lauren; and brother of the late Cheryl.

Private services are being held. A celebration of Ron’s life will take place at a later date. In lieu of flowers, memorial contributions may be addressed to the Alzheimer’s Association in Ronald’s Memory. Share memories with family at faulmannwalsh.com
Read Less

To send flowers to the family or plant a tree in memory of Ronald Paul Wuerfel, please visit our Heartfelt Sympathies Store.

There are no events scheduled. You can still show your support by sending flowers directly to the family, or planting a memorial tree in memory of Ronald Paul Wuerfel.
Visit the Heartfelt Sympathies Store

Donations are being accepted for: ALZHEIMERS RESEARCH ASSOCIATION.

Posted Jan 13, 2021 at 03:40pm
I am sorry for your loss Sandy, and to your family. You are in my thoughts, and prayers.
Claudia Frenette, The Woods Church
Comment Share
Share via: 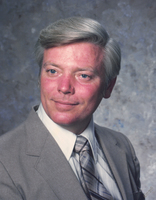 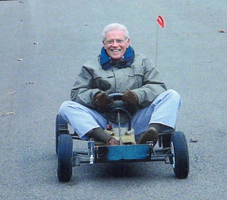 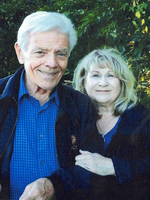