To share your memory on the wall of James \"Jim\" McKernan, sign in using one of the following options:

Print
James John McKernan, a longtime resident of Clinton Township, died peacefully on January 26, 2021 surrounded by the love of his family. He was 88 years old.

Jim was born on October 13, 1932 in Detroit to John Joseph and Loretta (nee Hem... Read More
James John McKernan, a longtime resident of Clinton Township, died peacefully on January 26, 2021 surrounded by the love of his family. He was 88 years old.

Jim was born on October 13, 1932 in Detroit to John Joseph and Loretta (nee Hemmen) McKernan. He attended Assumption Grotto Elementary before attending St. Anthony High School. After graduating, he attended Macomb Community College. Jim met his loving wife, Maureen Theresa Brennan and the couple exchanged vows on May 10, 1958 at St. Raymond Catholic Church of Detroit. The couple made their home in Clinton Township in 1963 and they were blessed with four beautiful children of whom they loved and cherished. His family always came first, and he made sure his children were raised with Catholic values in a loving home. From a young age, Jim had a strong work ethic and held many jobs throughout his young adulthood. Jim began work in the Manufacturing Development Group as a metal casting technician at the General Motors Technical Center in Warren in 1965 and retired after 30 years of dedicated service in 1995. He also ran his own business, Jim’s Lift Truck Service, for many years. Jim was a very dedicated father and member of his church and community. He devoted over 20 years to Cub and Boy Scouts, serving as a Cubmaster and as an Assistant Scoutmaster. Jim was a member of the St. Joseph’s High School Dad’s Club for over 55 years, and served the last 15 years as the club’s President. Throughout his life he enjoyed tinkering with cars, bowling, fishing, boating and taking vacations with his family which created countless memories for all of them. Jim was a hardworking and dedicated family man who selflessly made sure his family had everything they needed. He had an immense ability to problem solve and fix just about anything. Many neighbors and friends would borrow tools and seek advice on how to fix things over the years. Unbeknownst to many, Jim suffered from Crohn’s Disease for over 70 years. Nevertheless, his strong spirit and faith guided him through his struggles with this life changing disease. He was a truly courageous man who would let nothing stop him, even into the final days of his life. His smile and kindness will truly be missed , but memories of him will continue on in all who loved him.

Mass will be celebrated Tuesday, February 2, 2021 at 11am at St. Thecla Catholic Church with additional visitation starting at 10:30am.

In lieu of flowers, memorial contributions may be addressed to the St. Jude Children's Hospital or the Crohn’s and Colitis Foundation.

The family would love for you to share memories, photos and light a candle at faulmannwalsh.com
Read Less

To send flowers to the family or plant a tree in memory of James "Jim" John McKernan, please visit our Heartfelt Sympathies Store.

We encourage you to share your most beloved memories of James "Jim" here, so that the family and other loved ones can always see it. You can upload cherished photographs, or share your favorite stories, and can even comment on those shared by others.

Posted Jan 30, 2021 at 09:49pm
Sending love and prayers of comfort to you all. Fond memories of family gatherings when we were growing up spent either at our house or yours. May he Rest in Paradise with Aunt Maureen looking down with love on all of you. Love to you all, Colleen
Comment Share
Share via:
BT 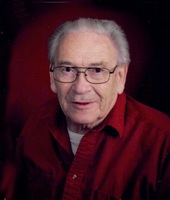 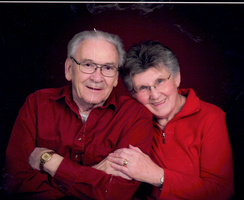 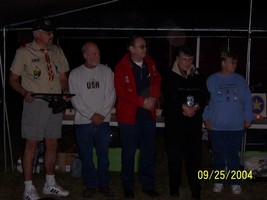 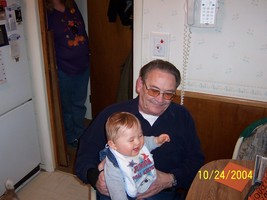