To share your memory on the wall of William Summers, sign in using one of the following options:

William was born on April 9, 1932 in Detroit to William and Ruth (nee Grant) Summers. After graduating high school, he began... Read More
William Summers Jr., a resident of Shelby Twp., passed away on Saturday, January 30, 2021. He was 88 years old.

William was born on April 9, 1932 in Detroit to William and Ruth (nee Grant) Summers. After graduating high school, he began work as an elevator construction technician. He met and married his beloved wife Winifred, on December 30, 1965 at Redeemer Methodist Church in Detroit. Together, they enjoyed over fifty years together. William began his career at Otis Elevators, before working at Westinghouse and finally Schindler, where he retired from in 2000 after many years of hardwork and dedication. He was a very hardworker who took the utmost pride in his work. His skills were of great value to countless projects throughout his entire career. William was a proud and active member of the International Union of Elevator Constructors Local 36.

Outside of his work, he enjoyed spending time at the dog park with his beloved dogs as well as spending time at the gun range and shooting skeet. William also enjoyed crossword puzzles and enjoyed his Scottish heritage by listening to bagpipe music. He also enjoyed spending time with friends at the park, catching up with former coworkers, and especially enjoyed time spent with his family. He was a truly courageous man who would let nothing stop him; his smile and kindness will truly be missed by all who knew him, but memories of him will continue on in all who loved him.

To send flowers to the family or plant a tree in memory of William Summers Jr., please visit our Heartfelt Sympathies Store.

There are no events scheduled. You can still show your support by sending flowers directly to the family, or planting a memorial tree in memory of William Summers Jr..
Visit the Heartfelt Sympathies Store

Posted Feb 10, 2021 at 05:49pm
Dearest Summers Family, you have my deepest sympathy with the loss of Mr. Bill. I am not sure if you will remember me but I am the Admissions Coordinator for Warren Woods Health and Rehabilitation and helped you bring Winnie in for rehab. I spend many hours in my office with Mr. Bill just hanging out and talking. He would visit Winnie every day and always stop by to say hello to me. Nicole too! I adored the whole family and I am truly sorry for your loss. Please give Winnie a big hug for me!!
With sincere sympathy...Cheryl Saloka, Area Admissions Coordinator Sava Senior Care
Comment Share
Share via:
G

Posted Feb 10, 2021 at 03:12pm
bill’s family so sorry for your loss ! Mister you taught so many of us young elevator helpers how to do things in the trade ! Your knowledge was unsurpassed and appreciated by us who learned from you ! So many many stories could be told about Bill ,and there are many LOL ! I leave you with this as you would say all the time “Who loves you baby “!
God bless
From your dancing partner
Glenn moldovan
Comment Share
Share via:
PP

Posted Feb 09, 2021 at 02:56pm
My condolences to the my dear friend Nicole, and her family on the death of their father!
Love, prayers, thoughts and hugs are sent!!!
Love, Pat
Comment Share
Share via: 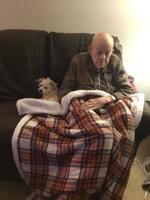 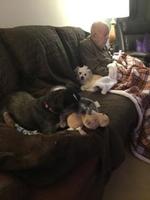 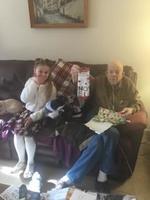 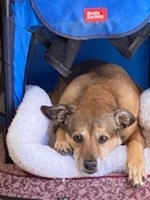