To share your memory on the wall of Frederick Lyon, sign in using one of the following options:

Print
Frederick Michael Lyon, longtime resident of Clinton Township, died peacefully March 9, 2021 surrounded by the love of his family. He was 69 years of age.

Frederick was born in Dearborn, Michigan on May 10, 1951, son of the late Elwood ... Read More
Frederick Michael Lyon, longtime resident of Clinton Township, died peacefully March 9, 2021 surrounded by the love of his family. He was 69 years of age.

Frederick was born in Dearborn, Michigan on May 10, 1951, son of the late Elwood and Doris (Richmond) Lyon. He was united in marriage to his beloved wife, Elaine Marie Berra, on January 24, 1975 at St. Isaac Jogues of St. Clair Shores. The couple resided in Fraser until making their home in Clinton Township in 1985.

Fred had many interests, hobbies and joys in his life. Known by his many friends as a “Car Guy”, Fred was a longtime member of the Bearing Burners Auto Club, where he proudly displayed the 1967 Dodge Coronet that he built, restored and raced. He was a die-hard Mopar and Hemi enthusiast and shared his love and knowledge of cars with many. He spent many years as an official car judge at the annual Autorama Hot Rod Show in Detroit. In addition to cars, Fred enjoyed sports and the outdoors. He was an avid Michigan State Spartan fan and looked forward to watching Detroit Lions games on Sundays with friends and family. Having grown up on the water in Harrison Township, he had a life-long connection to being on the water. He loved the many dogs he had over the years and spending time outdoors with his pets.

As an active member of the Central Macomb Optimist Club, Fred volunteered frequently to make a difference in the lives of others. Fred’s greatest joy of all, was the time he spent with his Family, including travel with wife Elaine, attending his grandkids’ sporting and school events and opening the pool each summer for barbeques, swimming and fond memories with his wife, children and grandchildren. Fred was a double lung transplant recipient in 2018. He cherished and appreciated this gift of life. In lieu of flowers, the family is honoring Fred with donations to Gift of Life Foundation https://giftoflifefoundationmi.org/contribute-now/

To send flowers to the family or plant a tree in memory of Frederick Michael Lyon, please visit our Heartfelt Sympathies Store.

Donations are being accepted for: GIFT OF LIFE FOUNDATION.

We encourage you to share your most beloved memories of Frederick here, so that the family and other loved ones can always see it. You can upload cherished photographs, or share your favorite stories, and can even comment on those shared by others.

Xoxo Dumas, Shannon & Serapilia Families, Chris, Denra, Kayleigh and Ian Riley, and other have sent flowers to the family of Frederick Michael Lyon.
Show you care by sending flowers

Posted Apr 09, 2021 at 03:19pm
Dear Elaine, I’m a guy who hung out with Fred many years ago when we were in school, we were pretty good buds and there were 3 or 4 more of us in our little group too. Sometimes we all were hellions, but when you’re in the 16 to 18 year age group some of that had to come out especially when cars came into our lives. I was a Chevy guy, Rhuel was the Ford dude, and you could never get the Mopar out of Fred!! We did some crazy stuff, but never hurt anyone. I understand your pain completely, the very large empty hole that fills your home now and the silence that is deafening sometimes. I lost my Bride of 40 years going on seven years and prior to that my youngest son on March 9th 2000. You’ll ask why but there aren’t any answers, and all you can do is remember the good times. It’s hard to do right now because the pain is still new, but in time it will get easier to smile about Fred, sometimes even without a tear. Be strong Elaine it will get better but it will take some time, the more you can smile the better! People always say after their last get togethers, let’s stay in touch more often, somehow life moves on and that seems to slip away, I guess that’s how it is, sad. I’ll miss my friend but I’ll remember him from way back because that’s when I knew Fred, after all he was my best man at our wedding, thank you so much for coming! Love, Kurt
Comment Share
Share via:
DD

Posted Apr 01, 2021 at 05:32pm
Fred was someone I will not forget. Here at Pulmonary rehab our patients become more than just patients. They become friends and sometimes like family. Fred was a great guy. We talked about cars and dogs. I admired his courage and determination at making his health better. I will miss him. -Diane DeClerck RRT Henry Ford Macomb
Comment Share
Share via:
K

Posted Mar 14, 2021 at 06:04pm
We are saddened to hear about Fred's passing Elaine. Our thoughts are prayers are with you and your family.

Posted Mar 13, 2021 at 06:06pm
Dear Barbie, Tom, & Family,
We are sorry to hear of your Dad’s passing & will keep you in our thoughts tomorrow.
Marty & Elizabeth Sedano (Laura Laura’s sister)
Comment Share
Share via:
N

Posted Mar 13, 2021 at 02:33pm
We are saddened to hear the passing of a great friend. He always had a smile and a warm and welcoming greeting whenever he saw you. Fred was a pleasure to talk to and we’ve enjoyed your company.
To Elaine and the family, we will hold you in our prayers. May you feel the comfort and peace of God surrounding you.
Barry and Nancy
Comment Share
Share via: 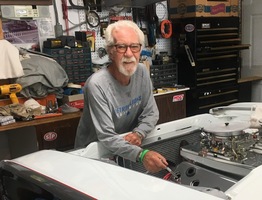 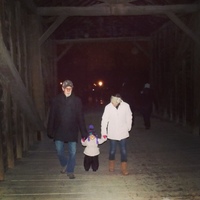 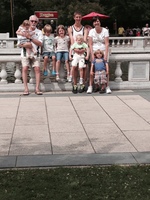 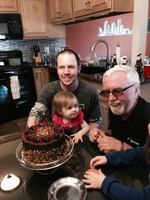