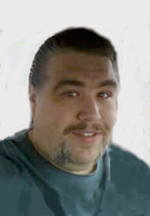 Richard was born on March 3, 1969 in Farmington Hills, son of Richard and Barbara (Smith) Cashman Sr. His faith in the Lord was strong and it was through his faith that got him through all lives ups and downs. Richard had a smile that would light up a room and his laughter brought smiles to others. His sense of humor was outstanding and was a self-proclaimed Comedian. Richard enjoyed video games and was an avid reader. He will be greatly missed and his light will continue to glow in our hearts forever.

Richard is the beloved father of Michael and Kristy Cashman; dearest son of Richard and Barbara; loving brother of Theresa Cashman and Kimberly (Richard) Pratt; and cherished uncle of Jordan, Alex and Andrew. He is also survived by his favorite furry friend, Ezio.

A memorial will be held at a later date. Share memories with family at Faulmannwalsh.com