To share your memory on the wall of Dorothy Grant, sign in using one of the following options:

Dottie was born in Oak Park, Illinois on September 25th, 1924, daughter of the late (Gertrude Hibbard Klecan and Charles E. Klecan). She was united in marriage to the love of her life, Clyde Grant Jr., on February 26th, 1943, in Davenport, Iowa and their marriage was blessed with three children. Dottie’s early life as a wife and new mother were soon impacted by World War II, when Clyde was deployed to Europe. Dottie was a loving and doting wife, a resourceful and skilled homemaker, and dedicated mother. As a working mother, she still made time to write to her husband every day and twice on Sundays while he was overseas. Following the war, Dottie and Clyde experienced a house fire on Christmas day, and would ultimately build a new house in South Haven, Michigan. Dottie and Clyde later moved to Lansing, where Clyde became a car salesman and eventually a used car sales manager. During this time, Dottie worked for a short time at Sears in the Children’s Clothing Department and as a homemaker and full-time mom. In 1962, Dottie and Clyde moved to Grand Ledge, Michigan, where she lived for the rest of her life. Dottie and Clyde enjoyed dancing on Friday nights and playing cards with friends and family. They also spent time traveling in their motorhome, visiting friends and family and journeying as far as Alaska. Dottie lost Clyde to cancer in 1995. A pivotal moment in anyone’s life, Dottie exemplified the definition of inner strength and resilience as she led her family forward through this loss and in the years to follow.

A renaissance woman in her own way, Dottie’s skills were many and varied. She was an accomplished cook and baker, having honed her skills at Slotkin’s Resort as a teenager.in South Haven, MI. Dottie’s rolls were legendary and a staple at family functions. Dottie was also an accomplished seamstress, making homemade outfits for her children, grandchildren, great grandchildren and great-great grandchildren. Gifts of love that always came with a candy in the pocket or bottom of the bag. Dottie’s confidence and innovative skills as a seamstress were evident in the projects she took on, always willing to try anything, whether it be a wedding dress, a snowmobile cover, curtains, hunting gear, or karate pajamas and twirly dresses for her grandchildren. Through her business, Dottie’s Sew and Go, Dottie continued to sew for others through the fall of 2020, when she was 96 years old.

Dottie enjoyed being active and spending time in her garden, on the golf course, at the bowling alley, and tending to her birds. Dottie maintained a large garden for many years, canning and freezing her produce. Ever independent, she continued to mow her 3-acre lawn through the fall of 2020. Dottie prided herself on walking the golf course until she was into her late 80’s, frequently toting not only her own cart, but that of her partners. She was also proud of her hole-in-one. Dottie enjoyed bowling in a league for many years and her bowling friends helped celebrate her 95th birthday with a cake, gifts, and card.

Dottie was fiercely devoted to her family and she never passed up an opportunity to celebrate a birthday or holiday. Dottie lived in her own home through February of 2021, when she moved to an assisted living home where she quickly made many friends with the other residents and staff and rapidly became a key member of the community. Though Dottie’s love for life was still very strong, her body was no longer able to support her and finally gave way on April 7th, 2021. Though her family grieves her passing, we are thankful for the many years she was with us and the legacy she has left. Dottie’s memory will live on in all of the many people she touched throughout her life.

Private services were held. She will be laid to rest next to her husband, Clyde, in Fort Custer Cemetery, Augusta, Michigan. In lieu of flowers, memorials will be greatly appreciated to the Country Woods Assistant Living , 7021 N Hartel Rd, Potterville, MI 48876 or Grace Hospice , 2205 Jolly Road, Okemos, MI 48864.
Read Less

To send flowers to the family or plant a tree in memory of Dorothy Mathilda Grant, please visit our Heartfelt Sympathies Store.

There are no events scheduled. You can still show your support by sending flowers directly to the family, or planting a memorial tree in memory of Dorothy Mathilda Grant.
Visit the Heartfelt Sympathies Store

We encourage you to share your most beloved memories of Dorothy here, so that the family and other loved ones can always see it. You can upload cherished photographs, or share your favorite stories, and can even comment on those shared by others.

The Waterwash Family sent flowers to the family of Dorothy Mathilda Grant.
Show you care by sending flowers

The Waterwash Family purchased flowers and planted a memorial tree for the family of Dorothy Grant. Send Flowers

Posted Apr 09, 2021 at 08:44am
Grant Family,
We are so very sorry for the loss of Dottie. She was a Wonderful Soul and the Epitome of the word Lady.
May her Grace and Love be with you Always.
Hugs and Prayers,
John and Cindy Toth
Comment Share
Share via: 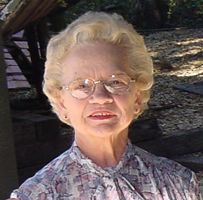 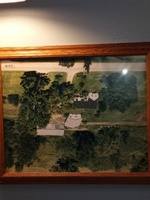