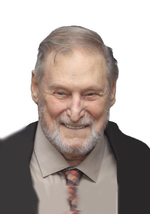 Richard Edward Mandell, longtime resident of Warren, died peacefully surrounded by the love of his family on April 23, 2021. He was 83 years of age.

Richard was born in Detroit, Michigan on December 27, 1937, one of eight children to Chester and Carrie Mandell. He was united in marriage to his loving wife, Patricia, in 1961. The couple made their home in Warren in 1970 and their union was blessed with six wonderful children of whom he loved and cherished. Richard worked for the Teamster Union for over 30 years. He was a hardworking man who always provided for his family. He loved the great outdoors and enjoyed hunting and fishing. After retirement, you could often find Richard relaxing and enjoying a nice cold beer. He will be deeply missed and his light will continue to glow in our hearts forever.

Private services were held. Share memories with family at Faulmannwalsh.com