To share your memory on the wall of David Clegg, sign in using one of the following options:

Print
Dave Clegg was an athlete to the end, but he was never a typical jock.

Graceful and soft-spoken on the field and off, Dave was a loving and devoted husband and friend. He was one of the most talented players on his Eastsiders softball te... Read More
Dave Clegg was an athlete to the end, but he was never a typical jock.

Graceful and soft-spoken on the field and off, Dave was a loving and devoted husband and friend. He was one of the most talented players on his Eastsiders softball team, but preferred to draw attention to the the accomplishments — and, occasionally, the foibles — of his teammates. Many of those players, some of whom had been his teammate for more than 50 years, gathered last month to sing “Take Me Out to the Ballgame” outside Dave’s Clinton Township home as the left fielder prepared to enter hospice after a protracted battle with cancer. When presented with the team’s one and only trophy, Dave, 71, stood and saluted using his left arm to help raise the right arm that had fired so many pinpoint throws from the outfield.

"Dave touched everyone he met in a positive way," his wife Laura said. "He was 100 percent dedicated to EVERYTHING he did. This was especially true with his patients and, moreover, to me, our home life and our three dogs."

"I have never seen such bravery, strength in character and honesty in anyone," she said. "He fought this horrible cancer with all he had and was very brave even to the very end."

Dave, a U.S. Army veteran, retired from work a couple years ago from Clegg & Guest, the physical therapy practice he operated in Sterling Heights. But he never stopped playing. He and Laura enjoyed mountain biking so much that they created their own trail guides before such things were readily available. Fit and trim to the end, while his peers were limited by nagging injuries, Dave continued to patrol the outfield with the grace of a gazelle as recently as his 69th birthday.

He stood out in other ways, sometimes bringing a wheelchair-bound friend to games. Or when the team gathered at Jimmy Dee’s in Clinton Township for a post-game “business meeting” and pooled their money for pitchers.

“Dave, not known as a beer drinker, would order a cocktail with an umbrella,” said Rick Pastrick, the Eastsiders’ longtime captain. “We would tease him about it.”

Dave, who had a sly sense of humor, took the good-natured ribbing with aplomb. When he wasn't rehydrating with a post-game cocktail, his favorite libation was bourbon.

“He’s always been that even-keeled, friendly individual,” said Gary Smith, who has known Dave since elementary school. They played together on teams with names like the Grits and the Geezers. Dave still fit into his Grits jersey, Smith said.

Bob Pastrick remembered playing touch football with Dave in the fall and winter -- even in the snow. There was also basketball and, of course, softball.

“The camaraderie was great. We all played to win, but not to the point of being nasty,” Rick Pastrick said. “Dave would always offer his help to treat your aches and pains in the course of playing, which was well-appreciated.”

One time, Dave caused some aches. Tom Schultz was playing catch with Dave when the wind blew the ball slightly off course as Schultz prepared to make a behind-the-back catch and it hit him on the side of his hand.

"It hurt like hell," Schultz said. "I played for about three weeks before going to the doctor ... I jokingly blamed Dave for years for breaking my hand."

Dave enjoyed woodworking and began his career as a wood pattern marker, but switched to physical therapy about 40 years ago. His wife said he liked helping people and enjoyed his relationship with patients, especially “helping people get back to their lives.”

Teammate “Uncle” Bill Fabian was recovering from shoulder surgery when he ran into Dave at the gym. Dave asked how he was doing, and Fabian said he wasn’t happy with his physical therapist.

“Dave took the next 30 minutes and tested my shoulder and then walked me through a series of exercises,” Fabian said. “To this day, I have no pain.”

Laura said her husband was "my mentor, my best friend, the love of my life and my hero. He never stopped teaching me how to be a better person through his actions, his words and how he treated others.

"He was such a wonderful person and husband I will never stop loving him or forget the 20 years of happiness and memories we shared. His spirit and zest for life will remain forever in my heart."

Dave also enjoyed traveling with his wife, with whom he also played hockey. Dave was a big Red Wings fan; and they looked forward every year to traveling to Traverse City for training camp.

Visitation will be Thursday from 2 p.m. to 8 p.m. at Faulmann & Walsh Golden Rule Funeral Home, 32814 Utica Road, Fraser, and Friday from 9:30 a.m. until the funeral service begins at 10:30 a.m. which is restricted to only family and close friends. We will be following all of the Covid regulations, so we are asking everyone to do their part and please be patient. Please share memories with family at faulmannwalsh.com In lieu of flowers, memorial contributions may be addressed to the Michigan Humane Society.
Read Less

To send flowers to the family or plant a tree in memory of David Lee Clegg, please visit our Heartfelt Sympathies Store.

Donations are being accepted for: MICHIGAN HUMANE SOCIETY.

We encourage you to share your most beloved memories of David here, so that the family and other loved ones can always see it. You can upload cherished photographs, or share your favorite stories, and can even comment on those shared by others.

Posted May 04, 2021 at 08:18pm
I've known Dave since Elementary school and in our younger years remember playing many a spring baseball game in our boots due to either snow or mud in late March or early April. I can't even begin to count all the softball games we have played together, I can't recall ever seeing Dave get mad at anyone other than occasionly at himself if he felt he didn't do as well as he thought he should have. I remember his Super Bowl parties where he would have the frost bite bowl in the morning and a football board game tournament in the afternoon, always fun times. He was a unique individual and will greatly be missed by all who have had the pleasure to know him.

Summer's Light Bouquet was purchased for the family of David Clegg. Send Flowers

Posted May 01, 2021 at 06:20pm
Dear Laura and family,
I have not had the pleasure of meeting you Laura but I just read of Dave's passing and his obit. I am shocked and saddened. As a fellow physical therapist I first met Dave during during our years at Wayne State. He graduated a year ahead of me. I remember the guys in each class facing off each year for a challenge football game just outside the PT building, the old WSU med school, and playing a no holds barred game of "touch" football which quickly turned into a tackle fest. Luckily we survived with no broken bones !;) I also saw Dave at orthopedic study groups of east side PT's in the early 80's and we talked of starting our own private practices. I was fortunate to begin my independent practice journey in 1985. Dave and I were classmates and car pooling buddies to Oakland University in the early 1990's for training in the OMPT program. His sense of humor about the European instructors kept me entertained on many a long ride home! I share many of Dave's values regarding physical therapy delivery and health care service in general. I have to be honest...I did not know he was battling cancer and a terminal diagnosis but I am quite sure he did it with dignity and a sense of humor. He will be missed in the ranks of private practice physical therapy. May God grant you and yours peace and comfort. Rest in peace Dave... 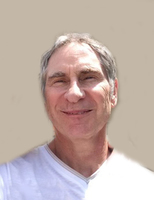 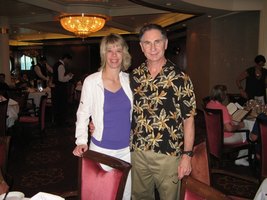 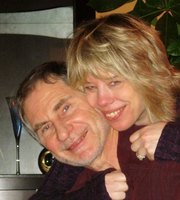 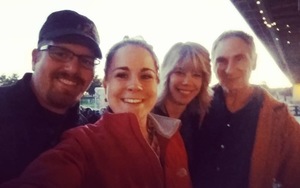