To share your memory on the wall of Carol Duff, sign in using one of the following options:

Carol was born on December 26, 1947 in Detroit, Michigan, the daughter of the late Norman Rudolph Michalak of Michigan and Nanny Belle (Kilburn) Baker of Kentucky. She grew up in Melvindale and was always a “downriver” girl at heart. Carol loved music, so it was no surprise that in 1964 at 16 years of age she met the love of her life, David (Dave) John Duff, at a rock concert at Edison Park at Belleville Lake. Carol knew she wanted an education and attended Michigan State University immediately after high school, but her heart called her back to Detroit to Dave and they were married on April 20, 1968 in Our Savior Lutheran Church of Detroit. The couple first lived in Detroit and had two daughters before moving to St. Clair Shores in 1974. Carol was persistent in her pursuit of an education and continued taking classes one or two at a time at Wayne State University as she raised her family. Carol instilled in her children the importance of getting an education and being able to provide for themselves. There was never a question of “if” they were going to college. She was a hard worker and contributed to her family’s financial stability working in a nursing home taking care of the elderly, as a waitress for the Gourmet House banquet facility, and other odd jobs. Carol ensured that her children had opportunities that she did not, providing for ballet lessons and private art classes, assuming the role of their Girl Scout Leader, taking them to the Detroit Science Center and museums, signing them up for educational camps as the family budget allowed, buying a flute so that they could participate in band, helping with fundraisers for backpacking, band camp, and countless other things. She ensured that the family took annual trips to Houghton Lake where many fond memories were made in musty 3 room cottages listening to the nightly stories on the radio. Carol became the first in her family to achieve her goal of a college degree and in the winter of 1987 at the age of 39, graduated Magna Cum Laude with a Bachelor of Arts in English and a Minor in Women’s Studies. She immediately landed a probationary job in Detroit as a junior clerk for the 36th District Court in January 1988. She soon became a permanent employee, working her way up through the ranks at the court and retired at the age of 63 as the Supervisor of Docket Control, Trial Services Division. She loved to sew and create, making clothes and other items for herself, her children, grandchildren, and others. Her love of travel took her to many places throughout the United States including Alaska, Hawaii and Puerto Rico, but her great joy was travel abroad. She visited Ireland, the Bahamas, Jamaica, Nova Scotia, England, France, and Germany (the home of her paternal grandparents and her happy place). She was an avid reader and was always trying to learn new things through classes and interactions with others. Later in life, health issues limited her ability to be able to do some of the things that she loved, but she never stopped encouraging others and trying to make the world a better place. Carol touched many through her philanthropy, whether it was donating a china cabinet and refrigerator to her church or giving a waitress a $50 tip for a $10 meal. Carol never knew a stranger as she befriended everyone she met. Even if she had never met someone and only heard about them in passing, she always inquired about how they were doing. She also gave people the benefit of the doubt, believing that people could change and forgiving those who may have had errors of judgement. She loved her Lord and Savior and her beloved Bethlehem Lutheran Church where she was made the LWML Woman of The Year for 2020. She will be deeply missed by all who loved and knew her.

Carol is survived by her loving husband, Dave and her devoted daughters, Andrea (David) Hinkle and Rebecca (Erik) Campbell, her brother Kilburn “Mitch” (Barbara Lynn) Michalak. She is also survived by her grandchildren, Isabelle, June, Neil and Vivienne, to whom she was lovingly known as “Oma”, as well as countless nieces, nephews, cousins, and her extended adopted family of friends. She is predeceased by her parents, sisters Donna Bardell and Lynn Reed, and one brother who was adopted at birth.

The family asks that in lieu of flowers, memorial contributions be made to the American Heart Association, Bethlehem Lutheran Church in Roseville, MI, or the American Diabetes Association.
Read Less

To send flowers to the family or plant a tree in memory of Carol Ann Duff (Michalak), please visit our Heartfelt Sympathies Store.

We encourage you to share your most beloved memories of Carol here, so that the family and other loved ones can always see it. You can upload cherished photographs, or share your favorite stories, and can even comment on those shared by others.

Posted May 24, 2021 at 08:43pm
Rebecca, Eric and Family,
Our thoughts and prayers are with you and your wonderful family.
Much love,
Katie and Bob Emerine
Comment Share
Share via:
NH

Posted May 21, 2021 at 08:53pm
Carol Ann and I have been friends for over 40 years.
Carol was a very generous person and always wanted to help out.
She always knew what to say when you were feeling down, and always said the right thing.
She was a true friend who will always be remembered , and deeply missed.
Comment Share
Share via: 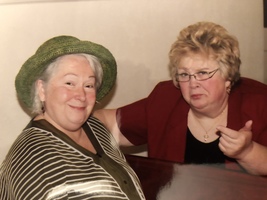 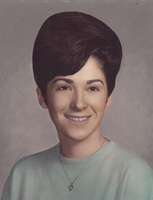 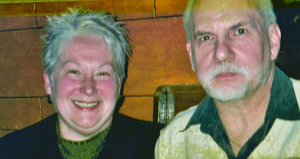