To share your memory on the wall of John Merriam, sign in using one of the following options:

Print
John Jeffery Merriam, a resident of Harrison Township and formerly White Lake, passed away peacefully on Friday, May 21, 2021. He was 79 years old.

John was born on June 1, 1941 in Greenfield, Massachusetts to Vernon M. and Phyllis H. (... Read More
John Jeffery Merriam, a resident of Harrison Township and formerly White Lake, passed away peacefully on Friday, May 21, 2021. He was 79 years old.

John was born on June 1, 1941 in Greenfield, Massachusetts to Vernon M. and Phyllis H. (nee Swift) Merriam. John attended a record hop in high school and met the love of his life, Patricia Ann Carra. The couple was married on August 17, 1963 at St. Mary’s Catholic Church in Springfield, Massachusetts. Together, they shared 57 years of dancing and fun. John served his country honorably in the United States Navy. John loved sailing with his family, especially in Nantucket and Martha’s Vineyard. The family spent many summers sailing and enjoying time spent on the many beaches on the coast. John worked for many years in sales and marketing at Super Scope Stereo, United Technologies, and later at EDS under Ross Perot. He also enjoyed fishing, fly fishing, tying his own flies, playing hockey and skating. John left the east coast for Tucson before coming to Michigan. John was also a man of faith and served the Lord in any way he was needed. John served as a Eucharistic minister, usher, and was a member of the Knights of Columbus at St. Patrick Catholic Church in White Lake and St. Hubert Catholic Church in Harrison Township. He also spent many Friday’s during Lent volunteering at numerous fish fry’s. His smile and kindness will truly be missed by all who knew him, but memories of him will continue on in all who loved him.

A memorial Mass will be celebrated on Friday, May 28, 2021 at 11am with a memorial gathering beginning at 10:30am at St. Hubert Catholic Church in Harrison Township with Rev. Doug Bignall officiating. Memorial contributions may be addressed to St. Jude Children's Research Hospital.

To send flowers to the family or plant a tree in memory of John Jeffery Merriam, please visit our Heartfelt Sympathies Store.

Kathy , Amanda,Larry,Bub, Caelen, Onna , and Aliya and Your Brother Dave sent flowers to the family of John Jeffery Merriam.
Show you care by sending flowers

Posted May 27, 2021 at 08:04am
So sorry to hear about John. Sending thoughts and prayers to you Pattie and your family. Carol Dombkowski- St Patrick’s parish
Comment Share
Share via:
KA

Your Brother Dave purchased flowers and planted a memorial tree for the family of John Merriam. Send Flowers 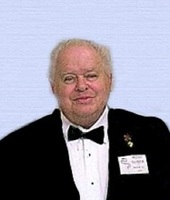