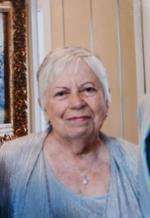 Carol worked for a short time following high school at Russeks Department Store in Detroit and then Michigan Bell prior to becoming a homemaker and mother. Finding herself a single-mother of 5 young children in the early 1970's, she put herself through nursing school, graduating in 1975. She began her nursing career in the mid-1970's, of which she retired from in 2002. Forever the artist, she could sketch a portrait or create any floral arrangement with ease. She loved spending her free time with family. We will all miss her dearly.