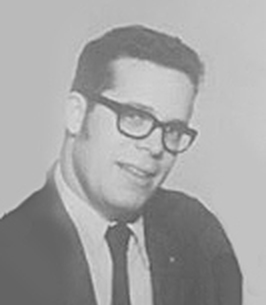 Russell D'Hondt of Fraser, Michigan, passed away the morning of May 30, 2022. Russell is survived by his loving wife, Patricia D'Hondt; his son, John D'Hondt of Eastpointe; and his stepdaughter, Cynthia Powell of Fraser, Susan Skrzpczak of Sterling Heights, and Sherrie Hartman of Eastpointe. Russell was preceded by his first wife, Rosemary D'Hondt and his parents, Victor and Evelyn D'Hondt.

Russell was a longtime resident of Fraser, having been a proud graduate of Fraser High School as well as National University and the University of Memphis. Russell’s career path took him to many different places. During the recession of the late 1970's, Russell moved his family to Washington State to look for better career opportunities. It was in Washington that Mr. D'Hondt became employed with the Department of Defense. During his tenure at the Puget Sound Naval Shipyard, he started working on Aircraft Carrier catapults, then transitioning to nuclear pipefitting on submarines; and then finally to working in the safety office of the shipyard. The next step in Russell's career path took him to Bermuda where he successfully created safety protocols for NAS Bermuda that saw him recognized by the Base Commander for superior work. After leaving Bermuda, Mr. D'Hondt worked in Memphis, Vancouver, Guam, California, Bosnia, Quantico, and his final posting for the Department of Homeland Security in Washington D.C. Mr. D'Hondt's office walls have been filled with numerous awards and citations for his various work efforts, but the one award that was most pleasing to him was that from the groundbreaking of the new Shriners Hospital in Spokane, Washington. Russell was a longtime member of Nile Shrine Temple in Edmonds, Washington, as well as, the Masonic Lodge 522 in Roseville, Michigan. Mr. D'Hondt’s passion to help people was plainly evident in his efforts on behalf of the Shrine Hospitals. Having been an integral part of setting up screening clinics to seek out crippled and burned children eligible for free care at the Shrine Hospitals, Russell was awarded the Potentates Medal, as well as a seat on the Board of Governors for the Spokane Shriners Hospital.

Russell moved back to Michigan in 2009 where he enjoyed his retired life. Having found happiness with his wife, Patricia, they enjoyed a wonderful life surrounded by friends and family. It was nothing to see Russell out in a snowstorm pushing his neighbor’s snow with his tractor. Russell was a kind and generous man who always was there to lend a hand to a friend in need. Russell will be greatly missed by all those who knew him. A private memorial luncheon will be held at the Infinity Hall of Fraser. In lieu of flowers, any donations that wish to be made in Russell’s name need to be Directed to the Shrine Hospitals, P.O. Box 1525, Ranson, West Virginia 25438. Share memories with family at www.faulmannwalsh.com