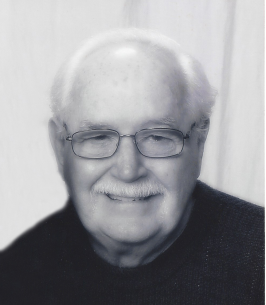 David Ernest Ward, a longtime resident of Warren, passed away peacefully on June 7, 2022. He was 87 years old.

David was born on August 20, 1934 in Detroit, Michigan to Joseph and Madonna (nee Morgan) Ward. After graduating from high school, David enlisted in the United States Army and served his country honorably. During his time in the service, David was able to see many parts of our country. Once he returned home, he met and later married the love of his life, Mary Hankins on May 9, 1959 in Las Vegas, Nevada. The couple made their first home in Detroit and later moved to Berkley, where the happy couple was blessed with three children whom they loved and cherished: Deborah, Karen, and David. David worked for over 30 years as an equipment operator for the city of Berkley, retiring in 1983. After retiring, Dave and Mary moved to Boyd Texas, Tawas Michigan before finally settling in Warren. Outside of his work, David enjoyed spending time with his entire family and especially enjoyed serving as “Grillmaster” for countless family barbeques, finding unique items at garage sales with Mary, hunting, fishing, watching hockey games, and always loved to make other people laugh. He was a truly strong and courageous man who would let nothing stop him, even into the final days of his life. His smile and kindness will truly be missed by all who knew him, but memories of him will continue on in all who loved him.